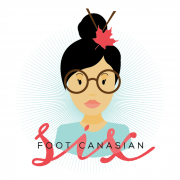 Posts by The Six Foot Canasian for Blog:

One year ago I spent Canada's 148th birthday getting to know my new neighbourhood ... the East Village. With childlike curiosity, I wandered through the annual East Village Street Fair and Show n' Shine, amidst all of the construction, cranes, and fenced off areas, as the East Village was slowly coming to life. Similar to last year the vendors were in fine form, the classic cars and hot rods were polished and pristine, the Simmons Building was bursting at the seams with hungry Calgarians (Sidewalk Citizen Bakery was out of food before 6pm rolled around and the rooftop was open for drinks), and thousands of people strolled down the RiverWalk taking in the sights and the sounds along the Bow River. One year later, St. Patrick's Island Park is open to visitors for family fun and BBQ-ing, the Rooftop Bar @ Simmons is serving up drinks and a delicious menu of its own (different from charbar), and Studio Bell (the home of the National Music Centre) opened its doors to the world!

As I get older, and more candles magically appear on my birthday cake, I am amazed how quickly a year flies by.

For all of you homeowners out there, this sound may be your very worst nightmare! Whether you have a 400 square foot studio or million dollar estate home in Altadore, water can cause thousands of dollars in damage in a matter of minutes. When I bought my brand new Walden townhouse (by Homes by Avi) in 2014, I did not expect to hear this horrible sound for at least another three or four years ... but it became a reality just a few days ago.

The last nine months have been an unbelievable journey, sparked by one clear thought ... the JUNO Awards are coming to Calgary and I want to be a part of it! Like most of you, music has always been a part of my life. Music can't be seen or touched but it moves the soul, energizes the spirit, and inspires us. Regardless of where we come from or what language we speak, it connects us beyond words and brings nations together. It is transformational. It wasn't until I left Canada to live abroad that I began to appreciate Canadian music and the long list of talented artists that represent us.

Happy Hour is (without a shadow of a doubt) the best part of any work day!

In my four decades on this earth, there are only a handful of women I have come to hold in the highest regard ... women who have changed the lives of many through their words, actions and contributions to their community and beyond. They have each had a direct impact on my life, shown me how to be a better version of myself, and given me a glimpse of the kind of woman I want to become. This shortlist includes my mother, my University Coach, mentors in my field and ... Bonnie MacRae-Kilb. I recently got a chance to sit down with this amazing woman to learn more and share her story.

When I first wandered into the East Village Market Collective, conveniently located under a 12,000 sq ft tent beside the historic Simmons Building, I experienced it from the other side of the artist's table. After spending the last ten years exhibiting at hundreds of trade shows and events around the world, Market Collective was like nothing I had EVER experienced before! I got to wander up and down the aisles as local artists showcased their handmade goods, live bands performed on stage, DJs played their fresh beats, mixologists concocted fresh libations, and local food trucks served up fresh food made with love. I was already impressed with the level of comfort and community I witnessed that first weekend ... but I had no idea how much more was in store for me to uncover!

Getting Real and Raw with Cru Juice

I have a confession to make. I have been an advocate of the fitness industry for over 20 years but didn't even begin to factor in the importance of good nutrition until ten years ago. I would train several hours a day and then put sub-standard food and low grade fuel into my body. I would generally feel tired, run down and sluggish most days. I thought of food as a chore and would purchase it based on convenience and price, rather than view each meal as an opportunity to do something good for my body.

My Journey from Pandas to Purple - An Unlikely Coach's Tale

I am an athlete. I've spent the majority of my life playing sports, training my body to "move faster, jump higher or be stronger", competing for the cherished title, and spending countless hours at the mercy of physiotherapists, chiropractors, acupuncturists or massage therapists in an effort to recover quickly ... so I could do it all over again. I AM AN ATHLETE.