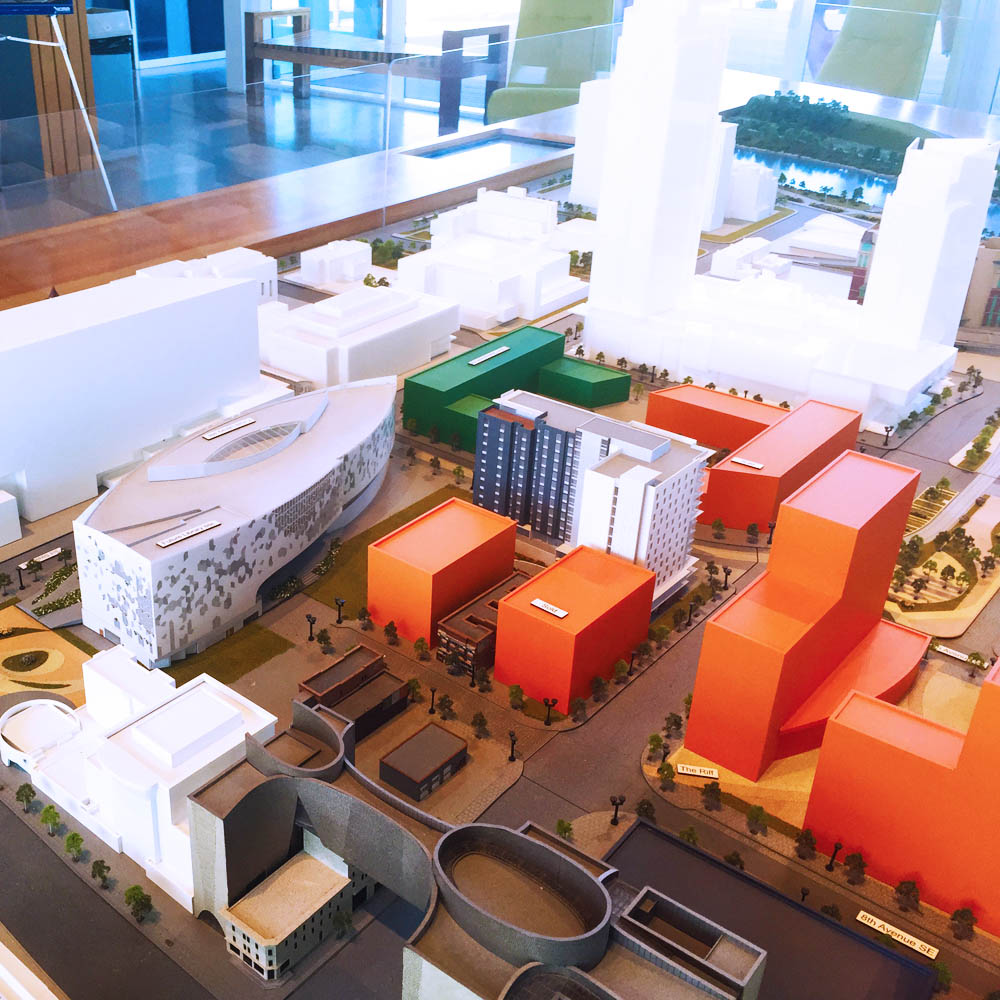 The motto of my life ... " EVERYTHING HAPPENS FOR A REASON ".

What started off as a mad dash to the East Village Experience Centre for the 4:15pm SURFSET class with Mallory Chapman (owner, Studio Revolution ) turned into yet another education and validation that my decision to buy a condo in the East Village was the RIGHT one!

One testament to the conscious effort to preserve the heritage of these buildings is the fact that they are cataloging every brick from the King Eddy and then incorporating them back into the buildout of the National Music Centre ... combining the old and new into the final result. WOW !

I didn't think I could get MORE excited to be moving into the East Village ... BUT I AM ! Kim, with his masterful delivery of the East Village of the (near) future, has my mind spinning as I envision what life will be like as a part of this revitalized community's history. But, as I left the centre to get in a run (instead of the SURFSET class) I began to wonder about:

NOTE: To date I have taken more pictures that I could even have imagined in just three weeks ... and you can check out a good portion of them on Facebook , Twitter , Instagram and Pinterest .