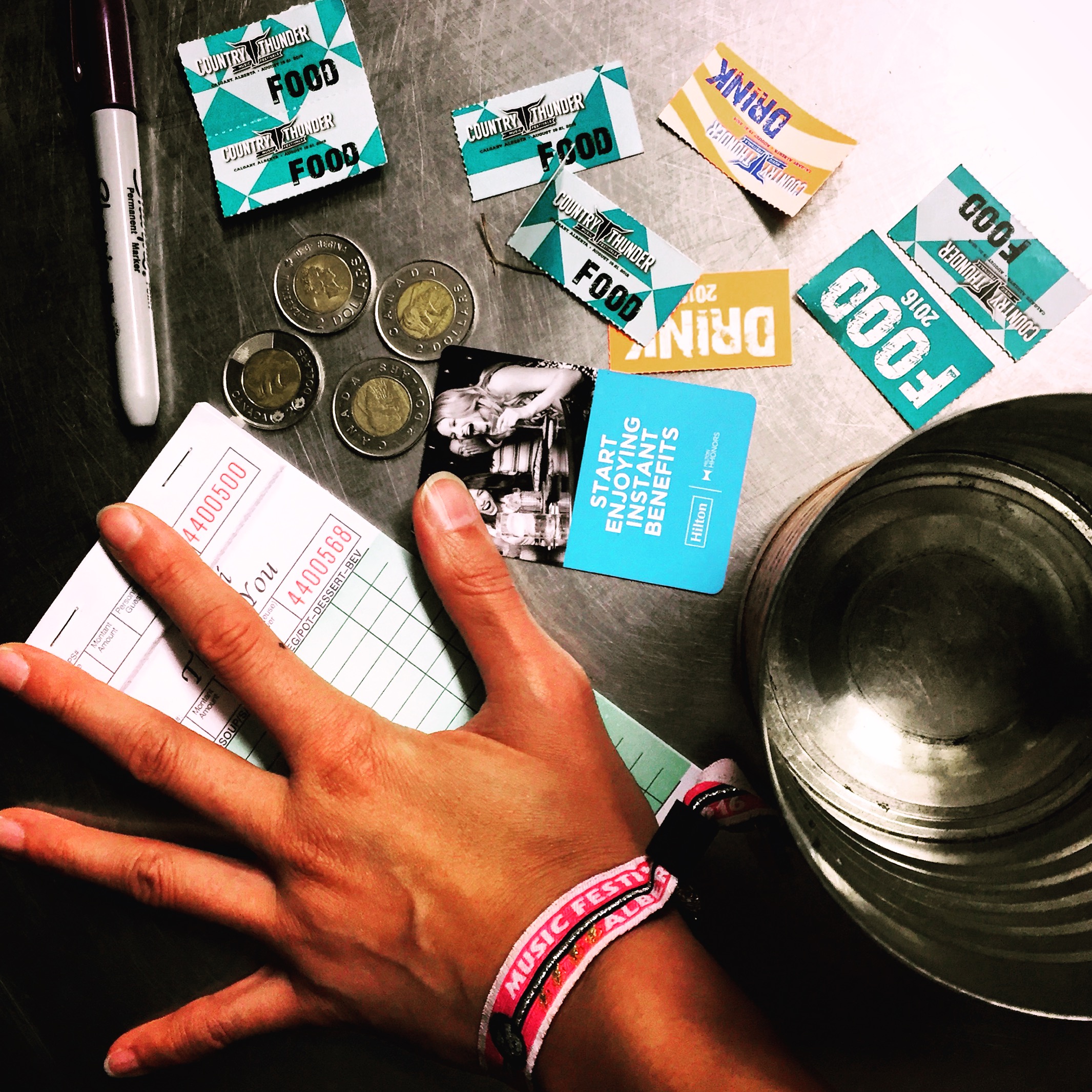 Before I moved back to Calgary I had never bought food from a kitchen that "moved". It wasn't until I came across "The Great Food Truck Race" (on the Food Network) that I even became aware they existed. I assumed they were only really in the US, but was pleasantly surprised when I was introduced to our food truck community at a YYCFoodTrucks event in the East Village last year. That's where I met Rick and Vicky Stitt from Sticky Ricky's ... and fell in love with their fresh, made-to-order Cajun food!

Fast forward one year - and at least a dozen blackened catfish, meatloaf, shrimp, and oyster Po' Boys later - to a conversation with Vicky that starts with, "So ... remember when you said you thought it would be fun to work on a food truck?".

I KNEW I WAS IN TROUBLE!

This was the first year Country Thunder , one of North America's leading country music festivals, came to Calgary (and, because of it's success, is already booked for August 18 to 20, 2017). The organizers hand-picked less than ten food trucks and vendors to supply the event ... and Sticky Ricky's was one of them. Unfortunately, Rick and Vicky got the news just ten days before the event and needed some helping hands. Lucky for me, I happened to be in town that weekend, love me some country music (especially when I get to see local songbird, Tanya Ryan , Tim McGraw , and Luke Bryan ), and could eat Chef Rick's amazing food, too!

Nothing could have prepared me for the craziness that ensued over the two days I spent at the window on that food truck (even though I only agreed to one) !

Did Somebody Say, "N'awlins Poutine"?

Before I had shown up to the Sticky Ricky's truck at 3:00pm I was already spent! That morning I taught a TRX class and then facilitated the first half of an "Intro to TRX Suspension Training" weekend workshop. When I got to Prairie Winds Park, in Calgary's northeast, I had no idea the size and scope of the event. I also had no idea what I was going to be doing on the truck! Tens of thousands of people were in attendance to get a taste of Country Thunder ... and Sticky Ricky's signature N'awlins Poutine!

When I got to the truck the line up for people waiting to order that was easily 50 people deep, and another 15 people waiting for food (which was the same for every other food vendor on the grounds). I immediately got super nervous as I stepped onto the truck ... and into the madness. Just imagine six people (Chef Rick, Vicky, Tina, Marcel, Pam, and myself) occupying a piece of real estate no larger than three feet wide by ten feet long. You can't help but become a "deer in headlights" the first time you step onto a food truck and stare down a hundred pairs of eyes belonging to half-drunk, partially sunburnt, extremely famished people wanting some supremely satisfying, uber Canadian poutine.

Although Chef Rick is best known for serving up the BEST Po' Boys (i.e., blackened catfish, meatloaf, roast beef, chicken, shrimp and oyster) and Red Beans and Rice (with ham hocks and authentic Cajun spices) north of Louisiana, this particular crowd knew what they wanted and zeroed in on one item on the menu ... the N'awlins Poutine! We had blackened catfish Po' Boys, meatloaf Po' Boys, red beans and rice and N'awlins poutine on the menu. As much as we tried to get people to order up the other items they wouldn't budge. We even told them it would be a thirty minute wait to receive their order ... and that didn't change the fact that EVERYONE wanted poutine (and many came back multiple times over the three days to get their fix). Unfortunately, the truck only came equipped with ONE FRYER to accommodate any french fry that was ordered at the window (which was with essentially EVERY order).

If that wasn't bad enough, Sticky Ricky's doesn't believe in small portion sizes (i.e., two Po' Boy sandwiches and a huge box of fries with every poutine order). With twenty people waiting for their food (made fresh to order), and each batch of french fries taking five minutes, the wait time was getting a little bit ridiculous! There was only one thing to do ... HAVE A TON OF FUN (and improvise)!

Because I already knew Chef Rick and Vicky I was confident this would be an amazing day ... but it ended up being so much more than that! When I first wrote about Sticky Ricky's I raved about the quality and taste of the food. Down on the street I simply choose my food, pay my money, wait ten minutes to hear them call my name, and - VOILA! - delicious food in a paper container. Being up in the food truck was like seeing a glimpse of the man behind the curtain in "The Wizard of Oz":

In the end, I had the most amazing time with some pretty incredible human beings! Not only did I get to know the Sticky Ricky's crew a whole heck of a lot better ... I also earned about thirty dollars in tips (including a random Hilton room key) and went home with a belly full of Po' Boys and poutine and humongous smile on my face!

So, if you've ever wondered what it would be like to spend a day on a food truck I would highly recommend spending an afternoon with Chef Rick and Vicky. Not only do they dish out some of the best food in the city, they are also super passionate about serving incredible food and making Calgarians smile with every bite! For more information on Sticky Ricky's visit their website at www.stickyrickys.com . 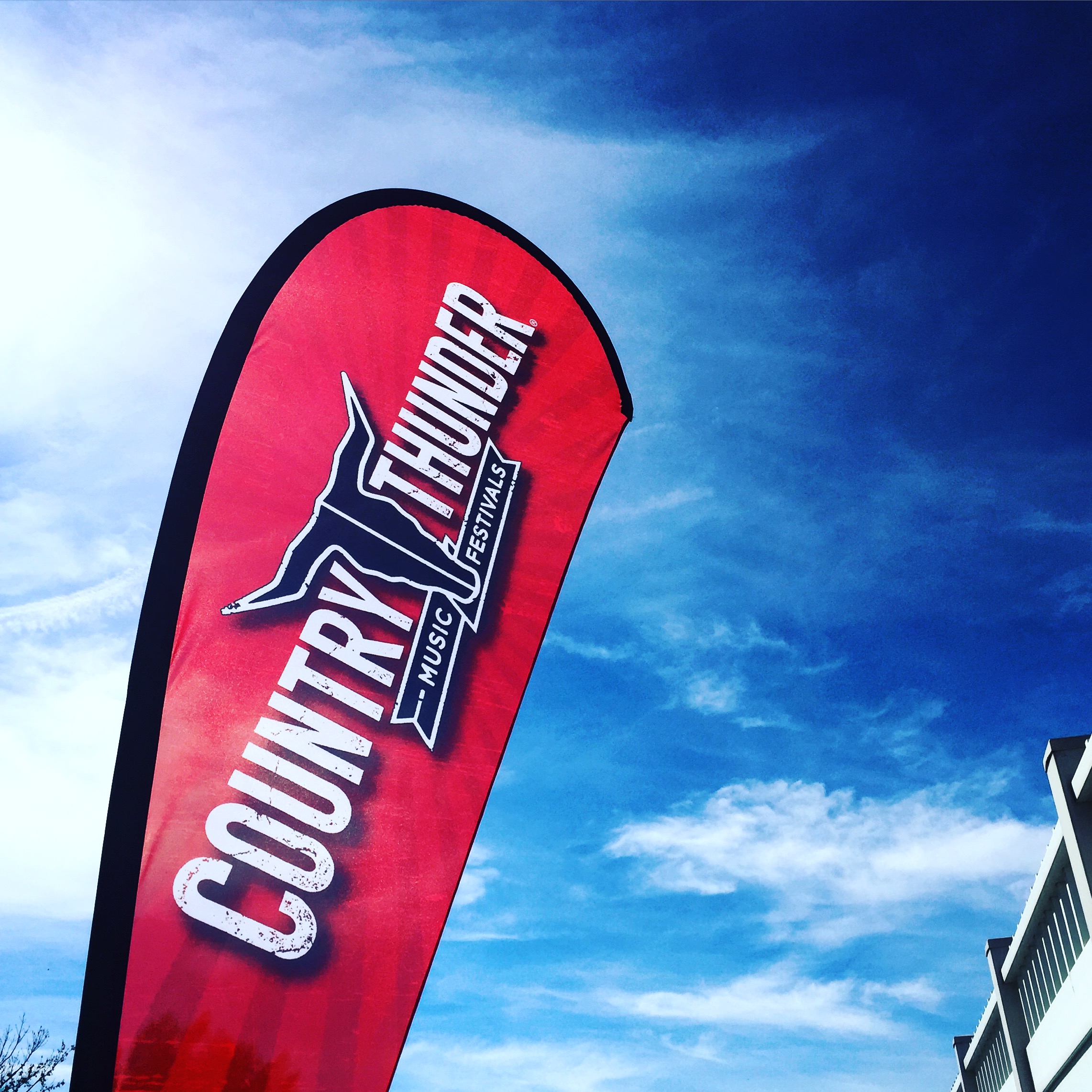 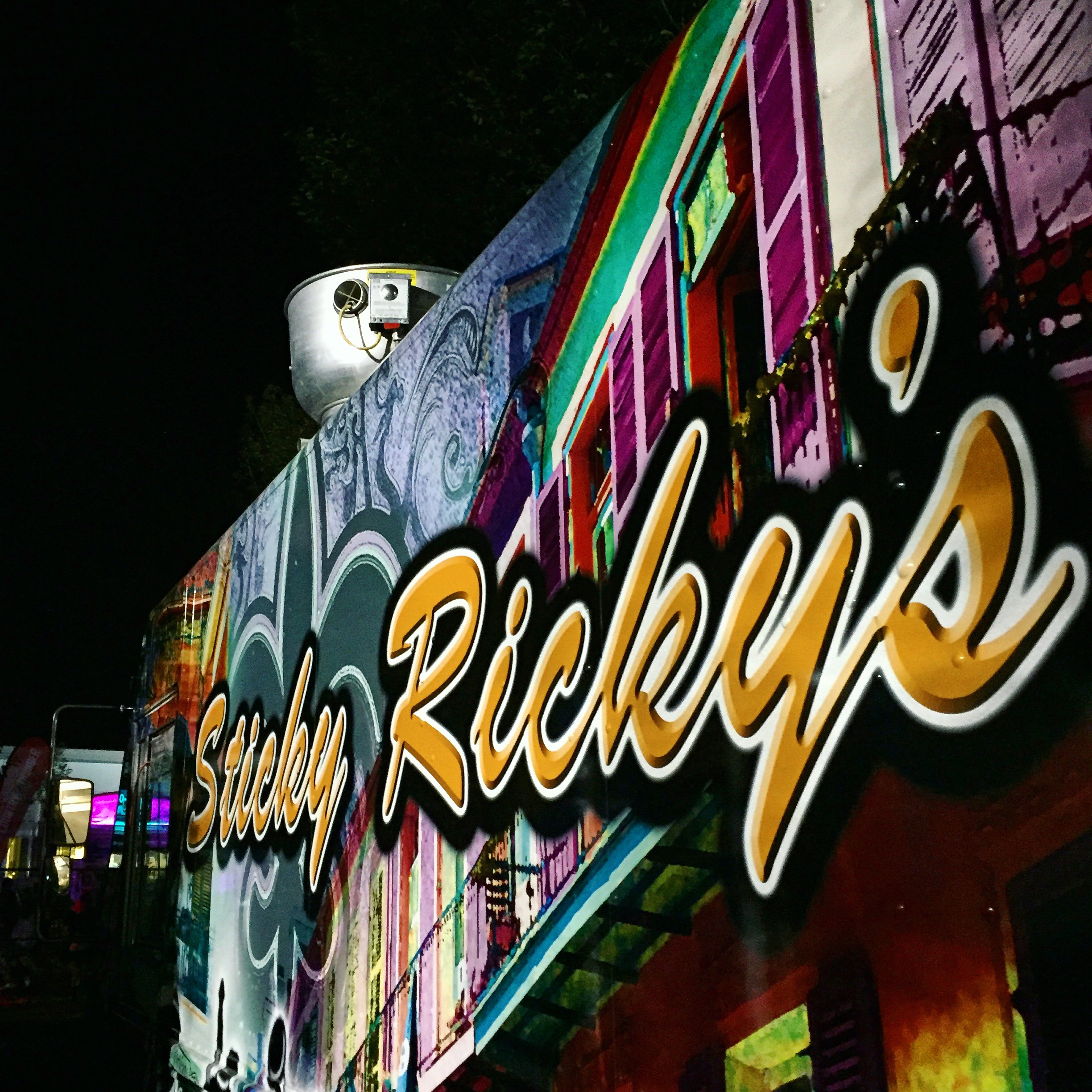 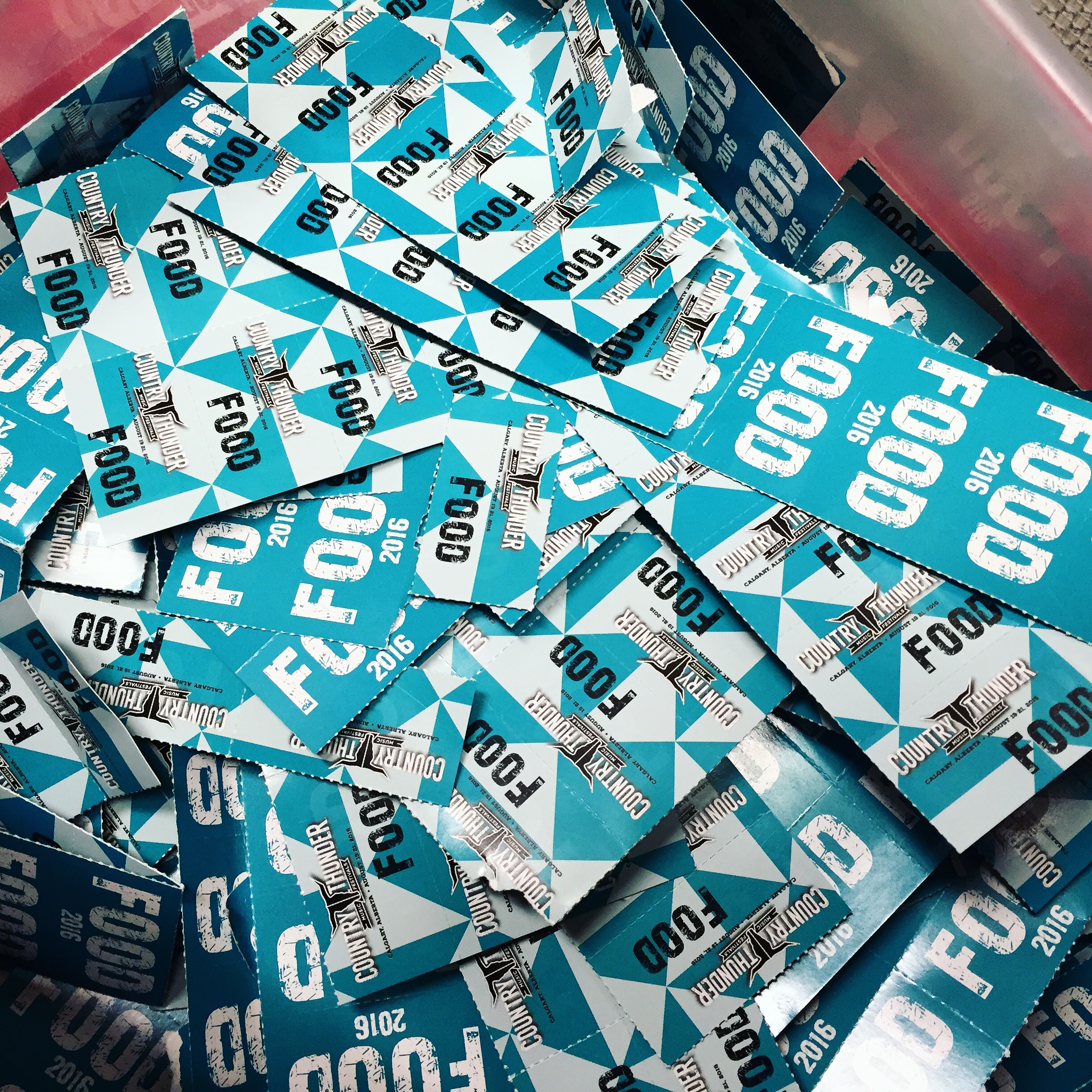 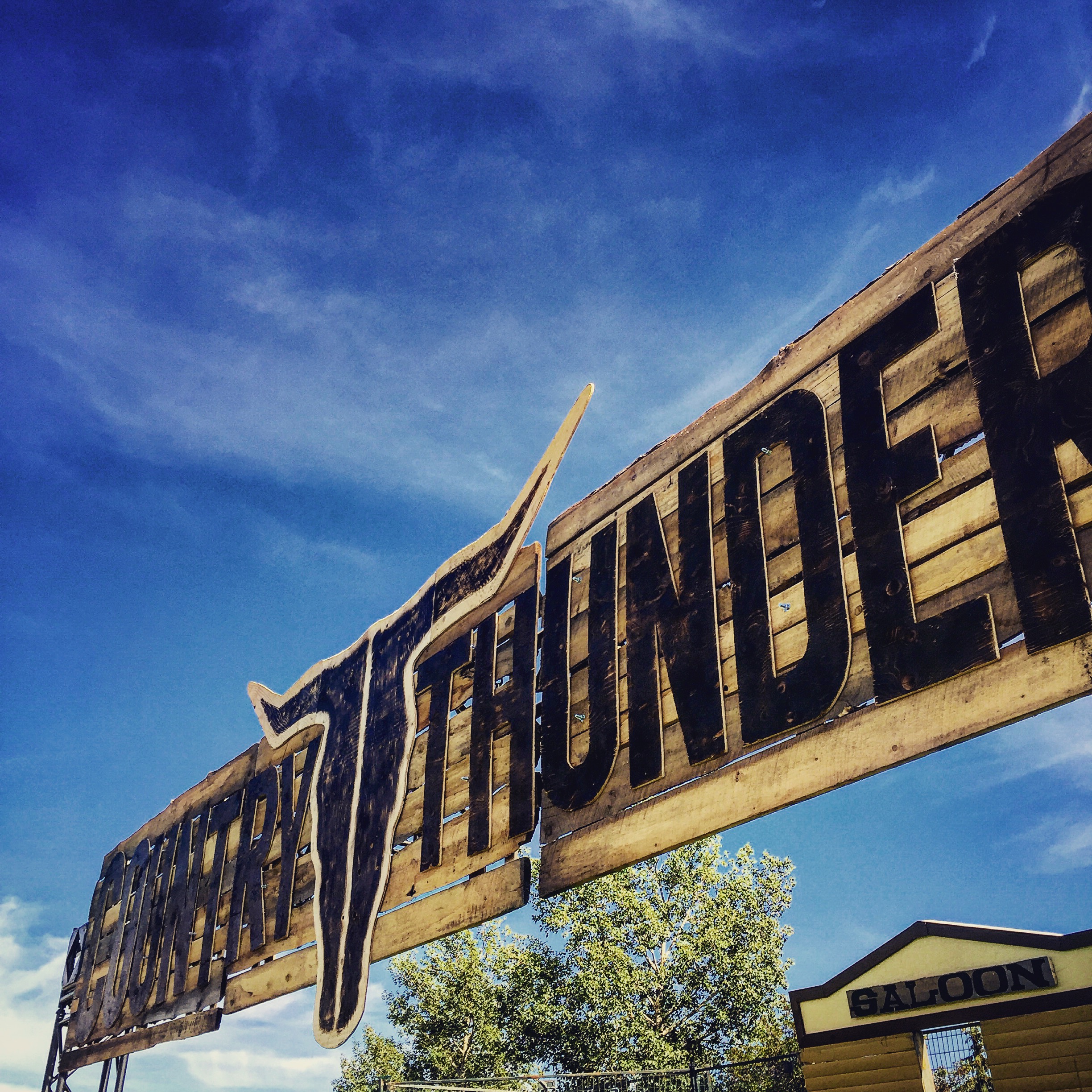