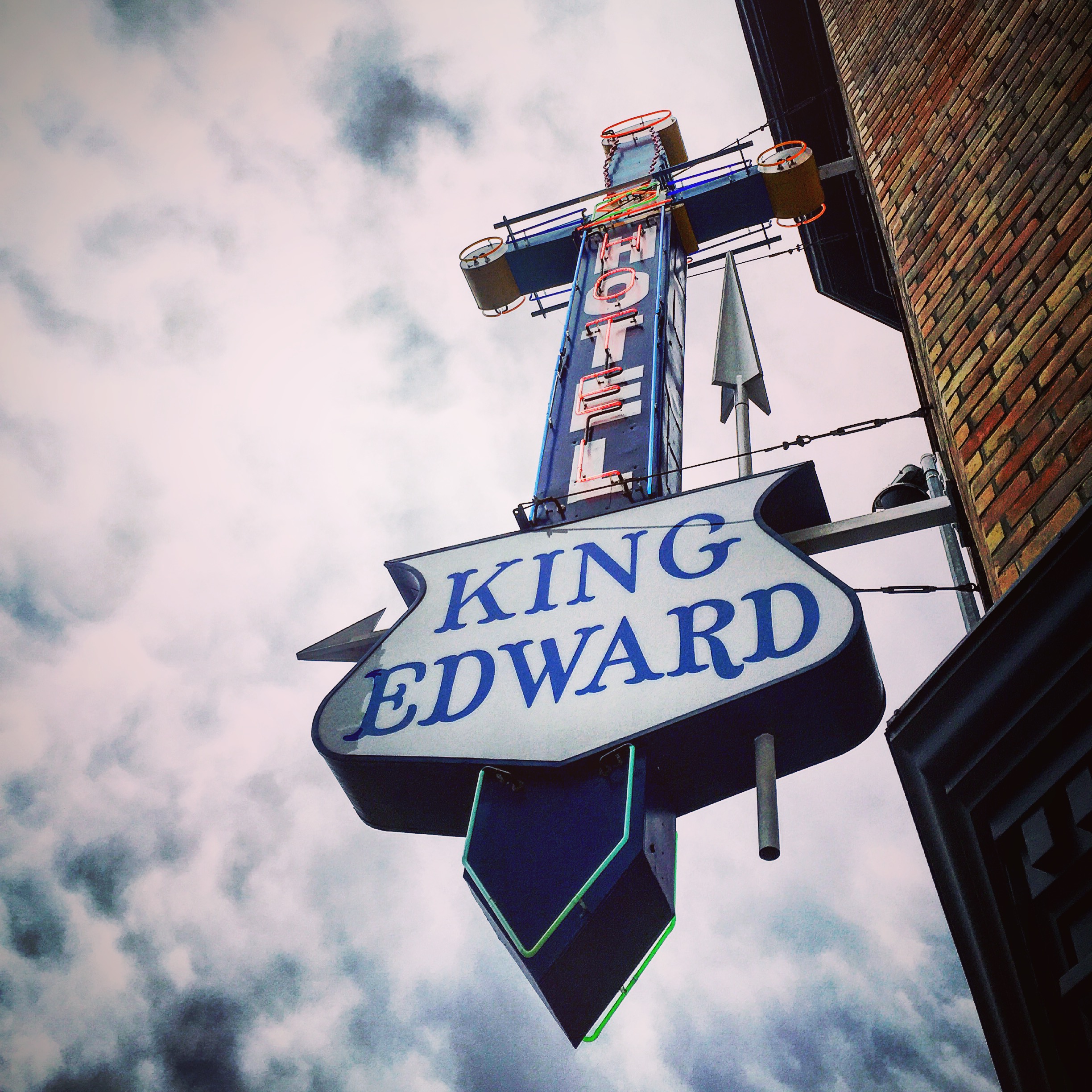 One year ago I spent Canada's 148th birthday getting to know my new neighbourhood ... the East Village. With childlike curiosity, I wandered through the annual East Village Street Fair and Show n' Shine , amidst all of the construction, cranes, and fenced off areas, as the East Village was slowly coming to life. Similar to last year the vendors were in fine form, the classic cars and hot rods were polished and pristine, the Simmons Building was bursting at the seams with hungry Calgarians ( Sidewalk Citizen Bakery was out of food before 6pm rolled around and the rooftop was open for drinks), and thousands of people strolled down the RiverWalk taking in the sights and the sounds along the Bow River. One year later, St. Patrick's Island Park is open to visitors for family fun and BBQ-ing, the Rooftop Bar @ Simmons is serving up drinks and a delicious menu of its own (different from charbar ), and Studio Bell (the home of the National Music Centre ) opened its doors to the world!

Studio Bell, the 160,000 square foot facility, is the first National cultural institution dedicated to celebrating music in Canada. The inspiration for the design of Studio Bell were the form of brass instruments and the Western Canadian landscape. It also incorporates over 100 years of history by including The King Edward Hotel into its architecture, known for legendary blues and historical performances over the years.

What I failed to mention earlier was that, although I spent my afternoon in the East Village, I missed the Studio Bell grand opening on Canada Day. Thousands of people were on hand for the Canada Day event, being the first to see the sights and interact with the exhibits ... and that's what I got to do today (but without all the crazy lineups)!

The design and architecture of the Studio Bell building is impressive! From the reflective exterior and chameleon-like colours at dusk to the curved walls and expansive views up to the 5th floor, there are surprises around every corner. Watching the construction over the last 12 months, I had no idea what was hiding underneath the red, yellow, and blue plastic wrapped around the structure. I honestly spent just as much time in awe of the colours and textures of the building as I did with the history, stories, and music experiences on every floor.

Much like the TELUS Spark , the National Music Centre is an interactive experience and a party for the senses. When you visit the Studio Bell you can:

Studio Bell , the home of the National Music Centre, is a new shining star here in Calgary and another reason why the East Village is becoming a destination location in the YYC and a national treasure! I look forward to hearing my first performance at the King Eddy (and the Bell Live Series). Check out the events scheduled at the Studio Bell Box Office !

If you’re curious about the Studio Bell (and the National Music Centre), you can check out images from my recent on our social media using the icons at the top of the page. 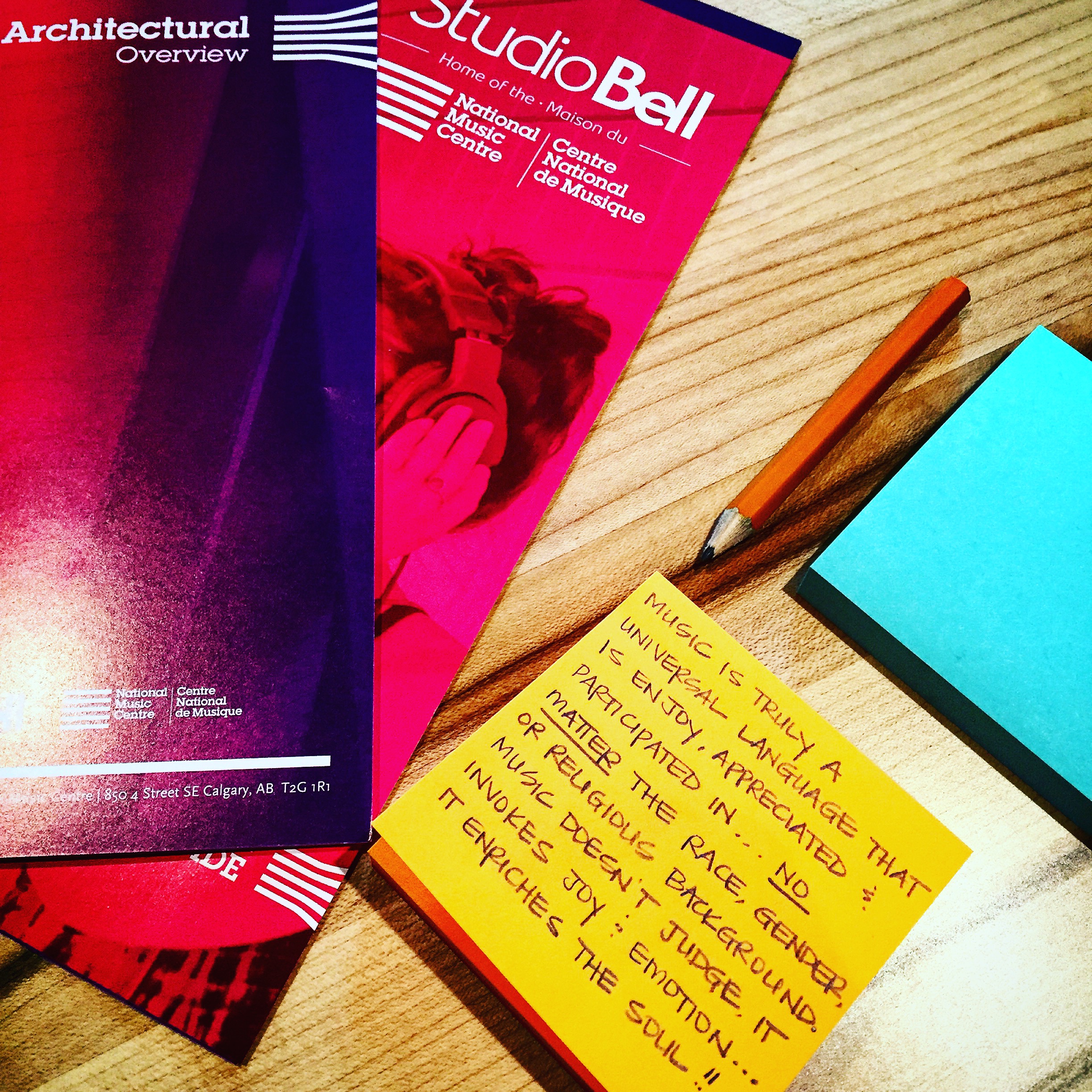 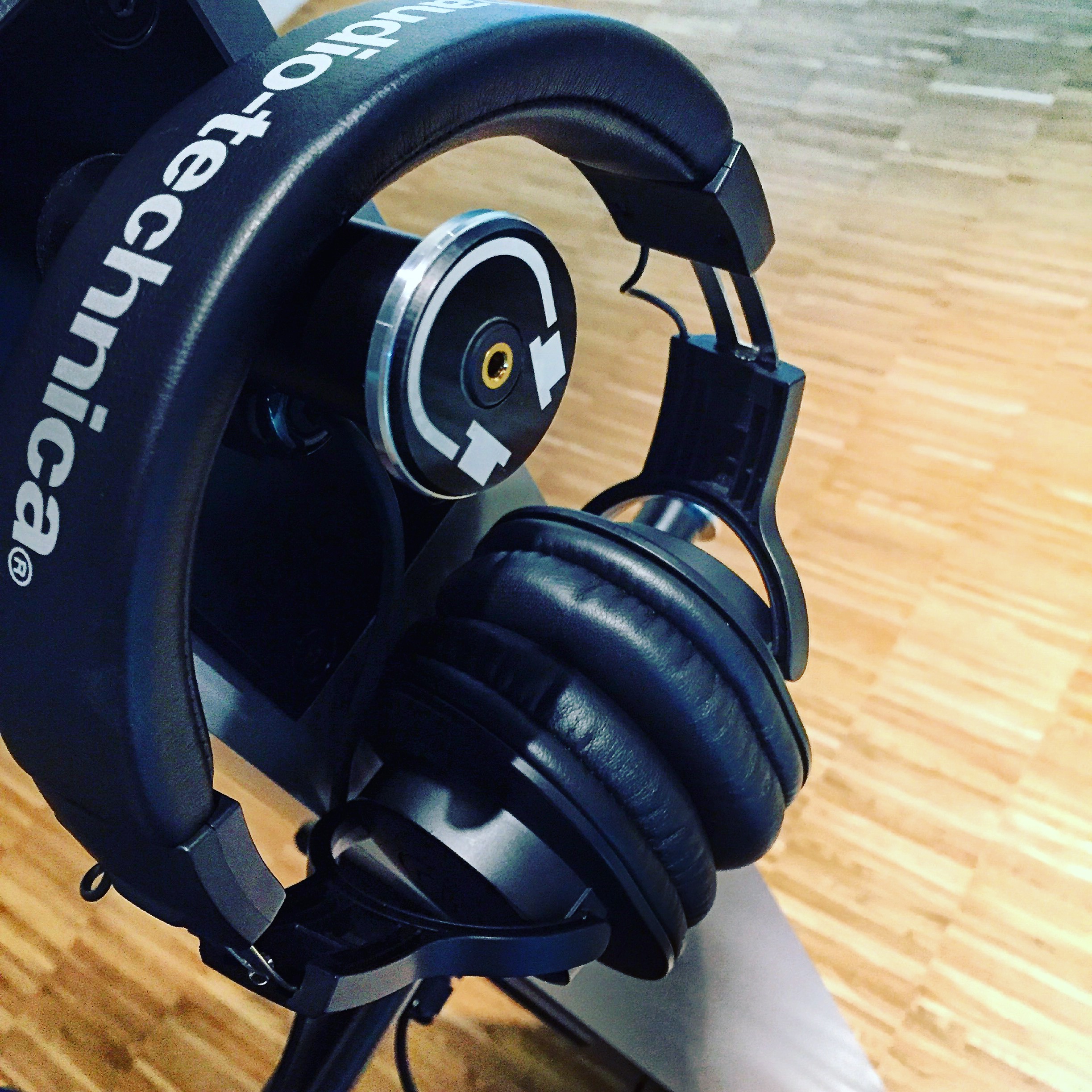 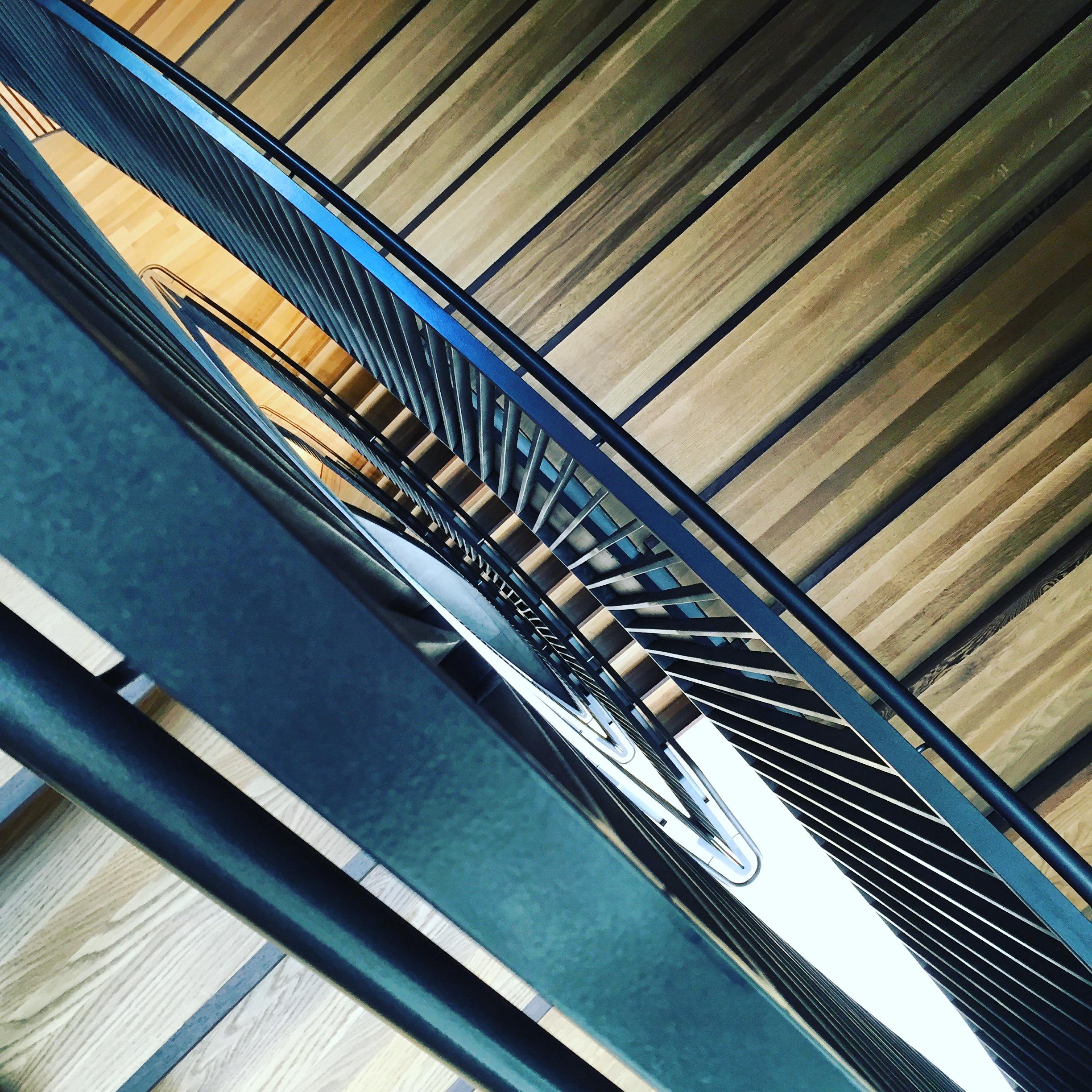 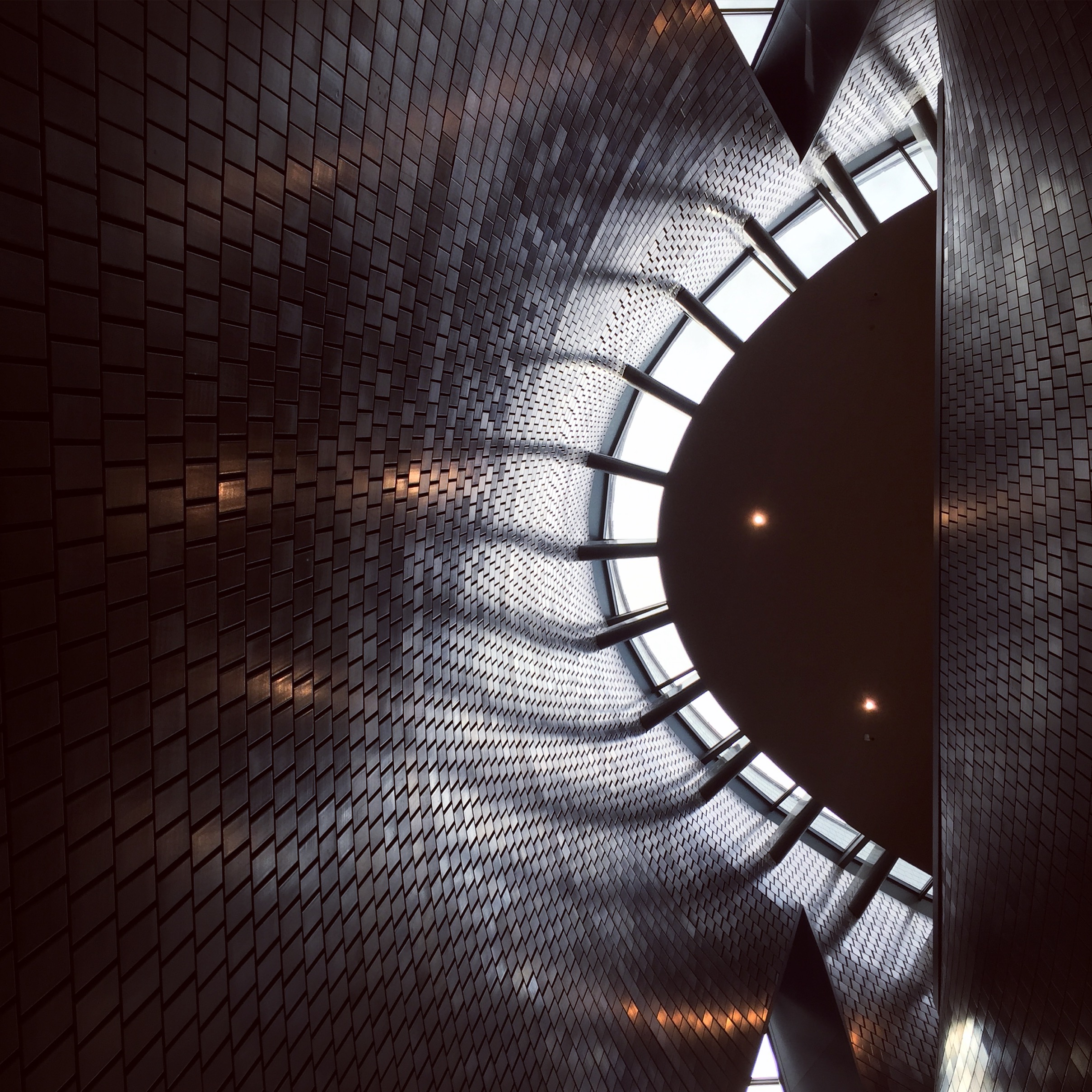