The Arts Come Alive at the Calgary Stampede 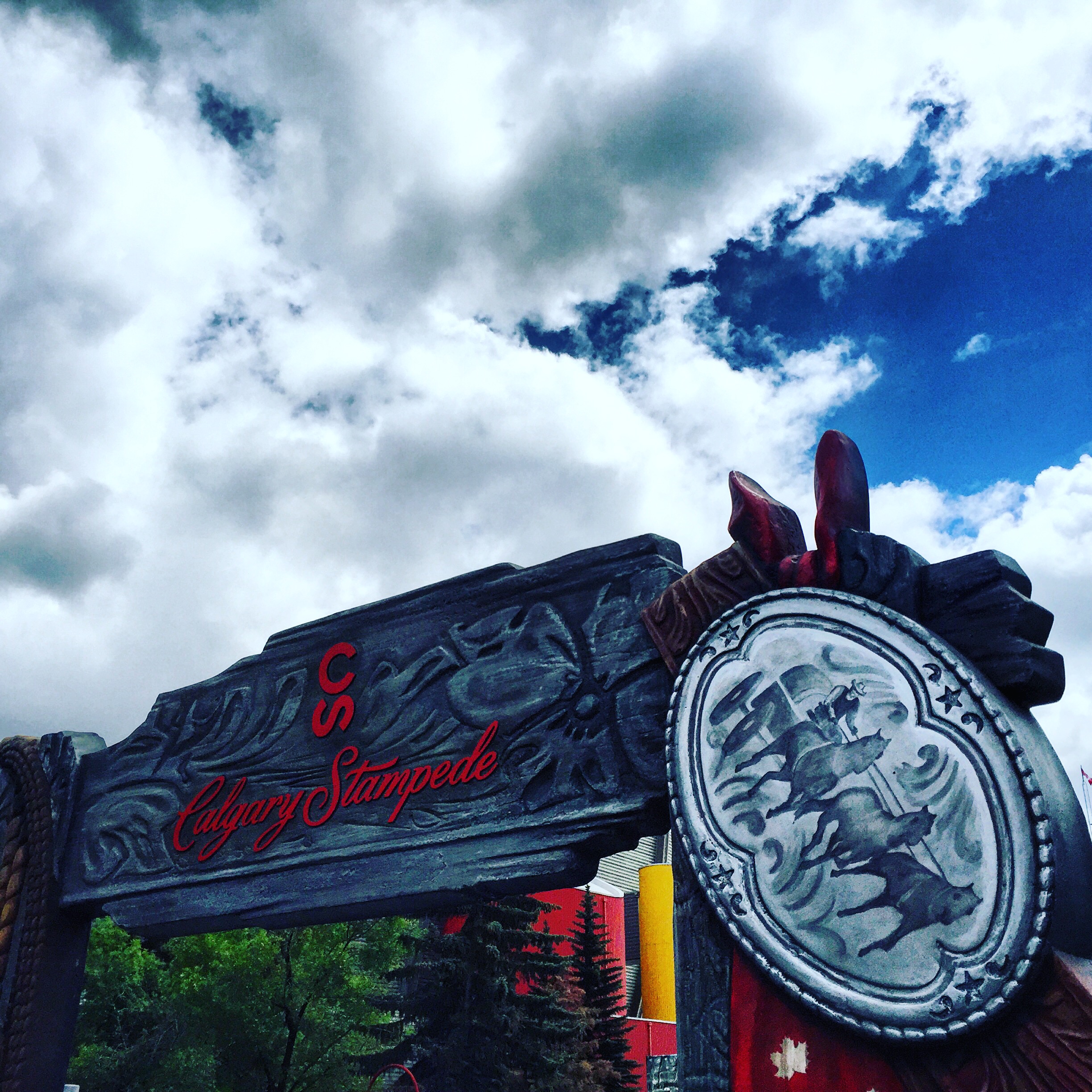 Growing up in the Yukon, I didn't meet my first cowboy until I moved to Grande Prairie to attend college. Since then, I've learned how to two-step, attended a Garth Brooks concert, bought my first pair of REAL cowboy boots, ridden a mechanical bull, and went to the Calgary Stampede for the first time last year. Because cowboy hats, belt buckles, chuckwagon races, farm animals, the midway, and authentic barbecue are topics one would associate with the "Greatest Outdoor Show on Earth", it probably wouldn't be a place you would expect to find an esteemed collection of local artists. Surprisingly enough ... it most CERTAINLY is!

One year after my introduction to the Calgary Stampede I was fortunate to experience it from a different perspective ... through the eyes of three friends - an artist, a professional ballet dancer, and a country singer.

Earlier this year I had the opportunity to share the story of a dear friend (and mentor), Bonnie MacRae-Kilb. This story only shared a glimpse of her life away from the volleyball court as an accomplished artist and painter. At that time she was working on a very important collection ... her submission for this year's Calgary Stampede Western Showcase Artist Ranch Project. Because so much media is focused on the opening day parade, Stampede Rodeo, Rangeland Derby and GMC Grandstand Show, food and activities on the midway, and the headlining concerts I wouldn't have known about the Western Showcase if Bonnie hadn't invited me to attend the Calgary Stampede Stir' Up Art Auction as her guest. Each year this event fills the BMO Centre and showcases art, entertainment, presentations and exhibitions that depict our Western Lifestyle.

The entire evening was an incredible celebration of art, artists, and the Calgary community that supports them! It was a smorgasbord for the eyes as painters, photographers, sculptors, jewellers, metal artists, and woodworkers showcased their creations throughout the BMO Centre. The Artist Ranch Project was a focal point of the event, showcasing this year's selected artists: Michelle Atkinson, Sandra Beingessner, Bonnie MacRae-Kilb, Verne Busby, Ken HouseGo, and Amy Dryer. Each of the artists' collections was inspired by their participation with the Artist Ranch Project, spending a weekend in Longview to experience (first hand) the Western way of life on an authentic working ranch. Favourites of mine from Bonnie's heartfelt and brilliantly colourful collection include "Gathering" and "Distill I & II".

For ten crazy nights each year the entire city gets to experience the finale of the Grandstand Show, a spectacle of colourful lights, sparkling glimmer, and booming sounds that brings people to their feet and their eyes upward to the sky. For those with tickets to one of the evening events, the TransAlta Grandstand Show includes unforgettable song and dance numbers, daring feats, acrobatics, and a front row seat to the spectacular fireworks finale! This year's performances included:

Although the entire show was entertaining, the highlight of the evening was the performance of "Purple Rain" by the Alberta Ballet, led by Yukichi Hattori. When I think about dancing at the Calgary Stampede, visions of cowboy boots on the dance floor doing the Two Step and Electric Slide come to mind. I was not expecting the power and grace of the Alberta Ballet on the Grandstand stage, let alone an unforgettable performance by Yukichi Hattori!

I was introduced to Yukichi Hattori, his wife Galien Johnston-Hattori, and Tara Williamson, an amazing trio of professional ballet dancers, just prior to his final performance with the Alberta Ballet. As the lead in "Love Lies Bleeding", his performance as Elton John in the production was powerful, poignant, and creative genius! It was an honour to be there to join the standing ovation by the crowd and his peers. Seeing him again on this stage with exciting waterworks and lights truly elevated my appreciation for the Calgary Stampede Grandstand Show. In the upcoming months, I look forward to sharing more exciting news about the trio of Hattori, Johnston and Williamson as they are stirring up something exciting!

When I first met Tanya Ryan I would not have pictured her headlining on the Nashville North stage at the Calgary Stampede. That's because you don't often see exceptionally talented yoga teachers who are also country songbirds with an "attitude"! But as I have gotten to know Tanya better over time ... it now doesn't surprise me one bit!

I've had the pleasure of participating in a number of Tanya's 6am yoga classes at Soul Hot Yoga, barely waking up to Sun Salutations, arm balances, and inverted postures before most people get up for work in the mornings. Although she teaches a challenging class, my favourite part is hearing her sing at the end of class while in Savasana. The first time I heard "Somewhere Over the Rainbow" in the room I caught myself wondering if it was one of her iTunes tracks or her actual voice. I was in awe with the richness of her voice and the soul behind the words.

The Nashville North stage was a completely different scene ... but one that showcased everything that is Tanya Ryan! I had visited her website and watched a few of her YouTube videos but they did not prepare me for who she is a show-woman! With a mix of popular country and rock covers and original songs her band puts on an amazing show with lots of energy, personality, laughter, and boundless talent. There is an amazing synergy with the members of the Tanya Ryan Band that comes from a group of people who truly love making great music! One of my favourites is her original song "Cry for the Devil" and all of the covers get the crowd going! I look forward to seeing her at this year's Country Thunder in Calgary (August 21, 2016)!

The Calgary Stampede is a ten day event with something for EVERYONE! Ten days is hardly enough time to experience everything but I appreciate getting to discover new experiences each and every year. I am looking forward to Calgary Stampede 2017 and what adventures come with it! 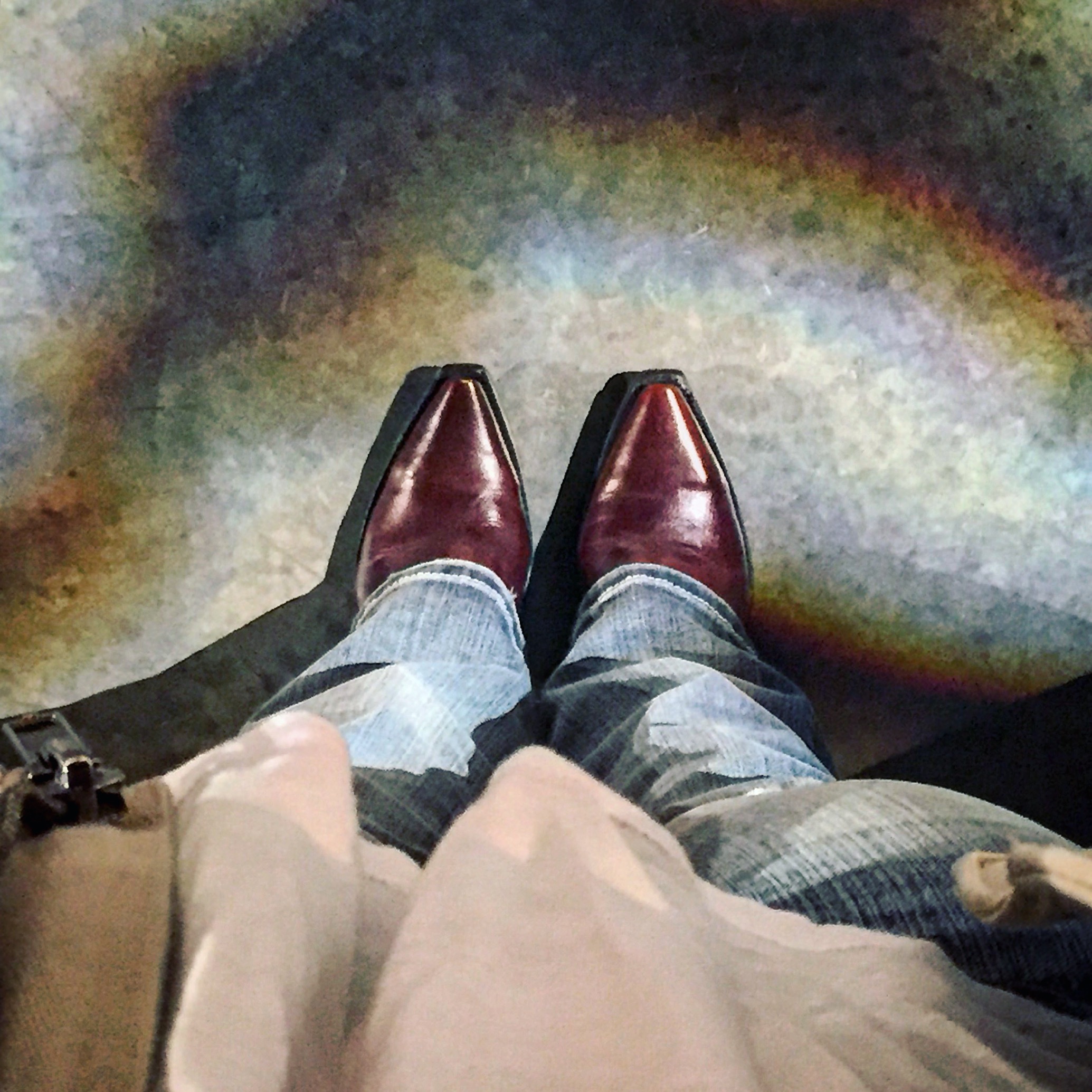 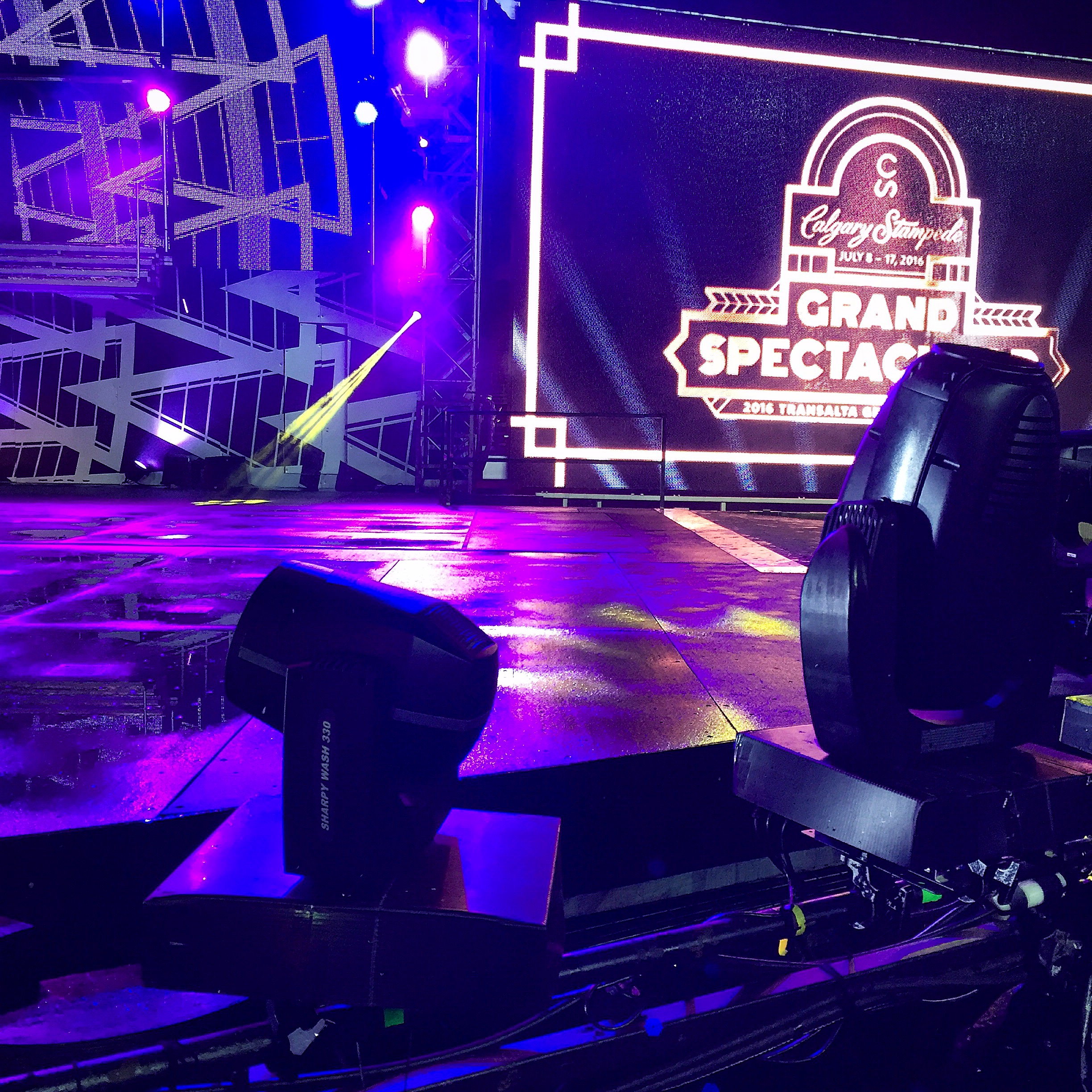 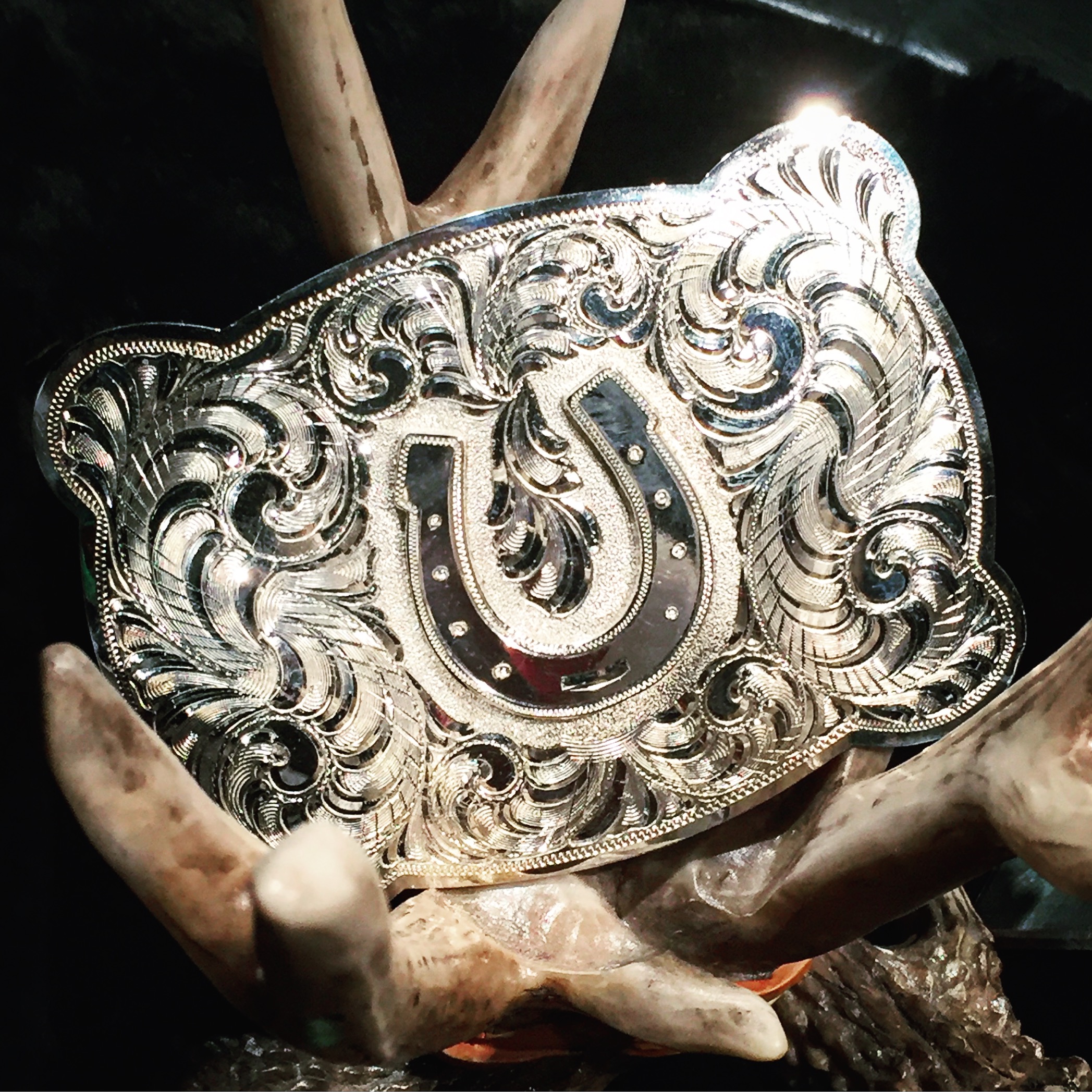 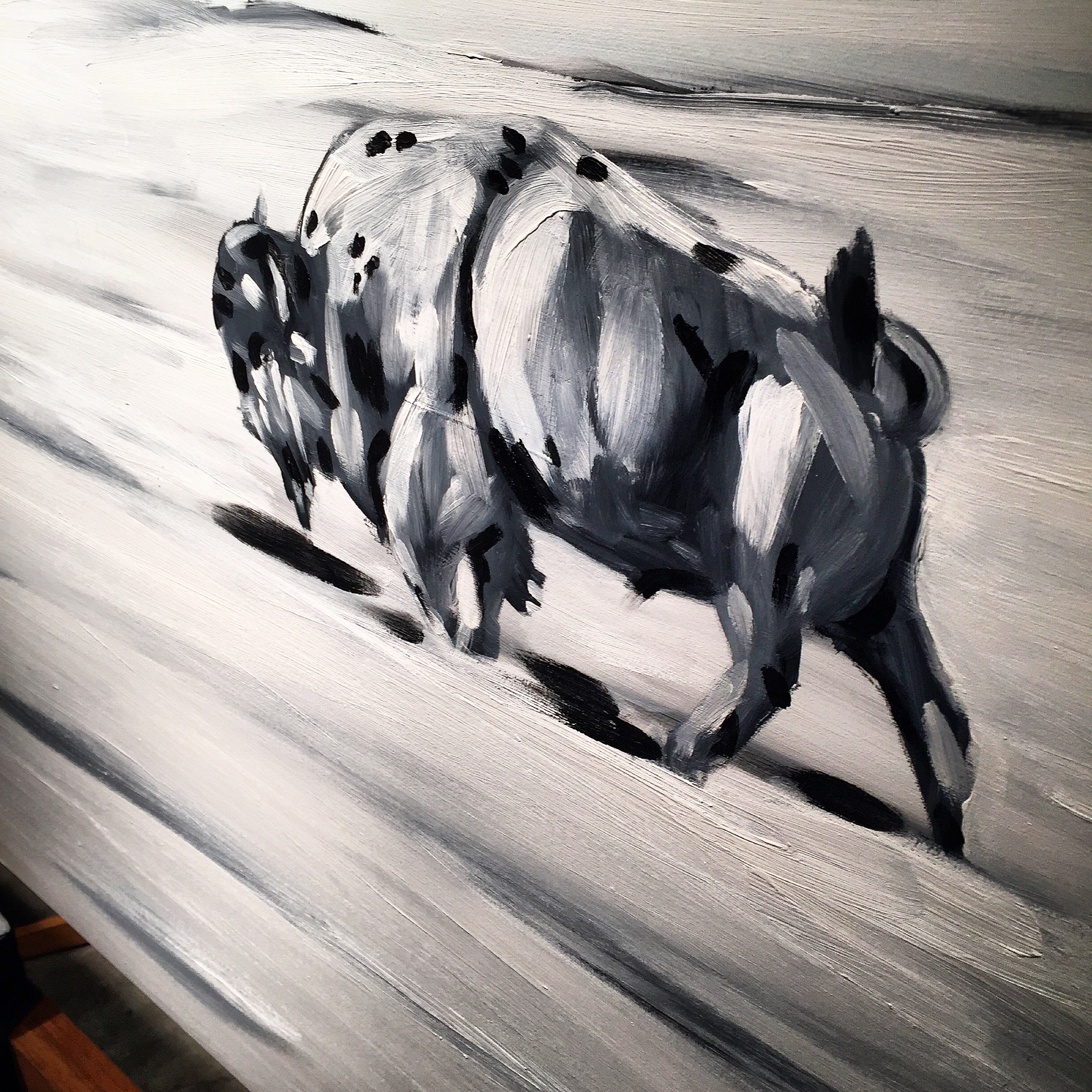 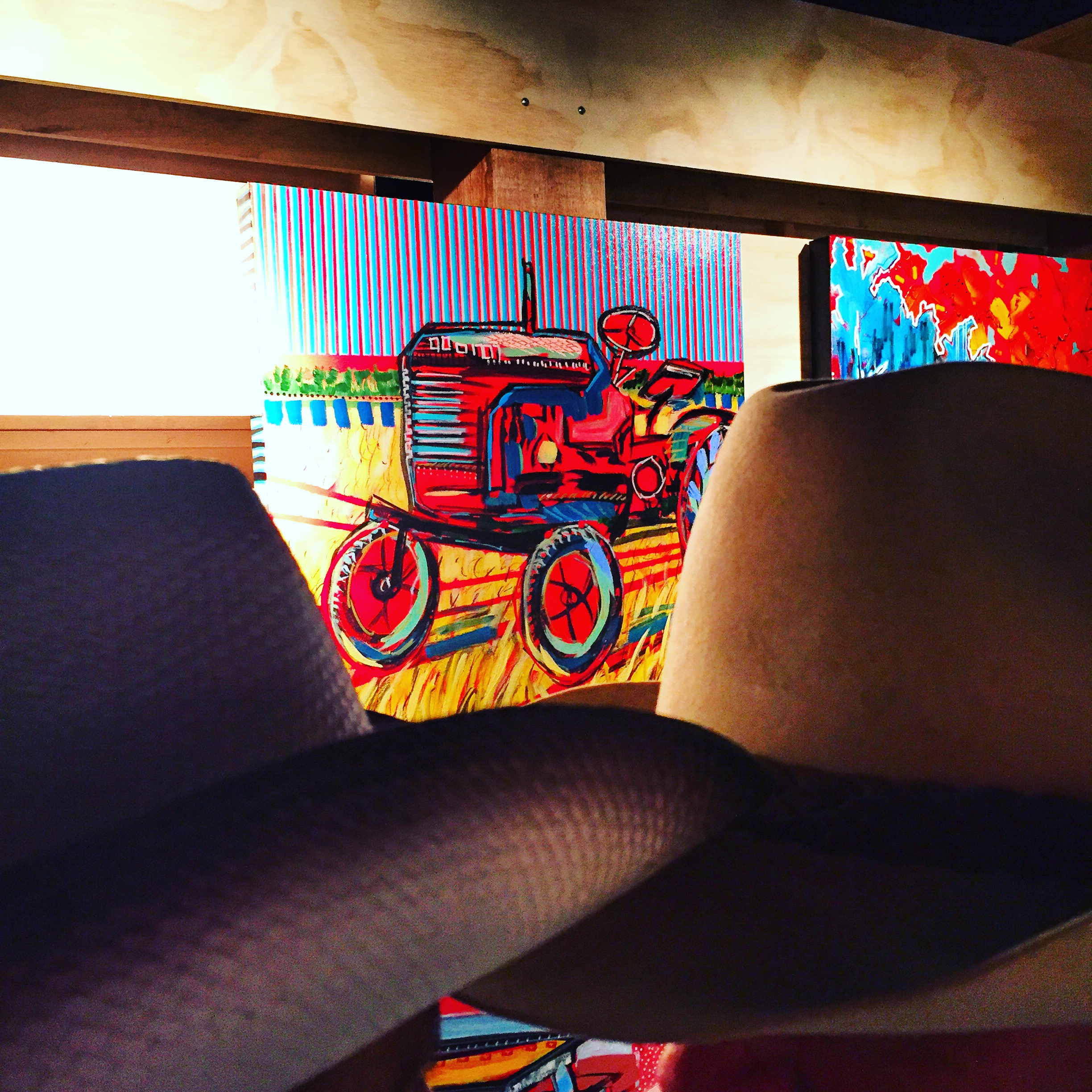 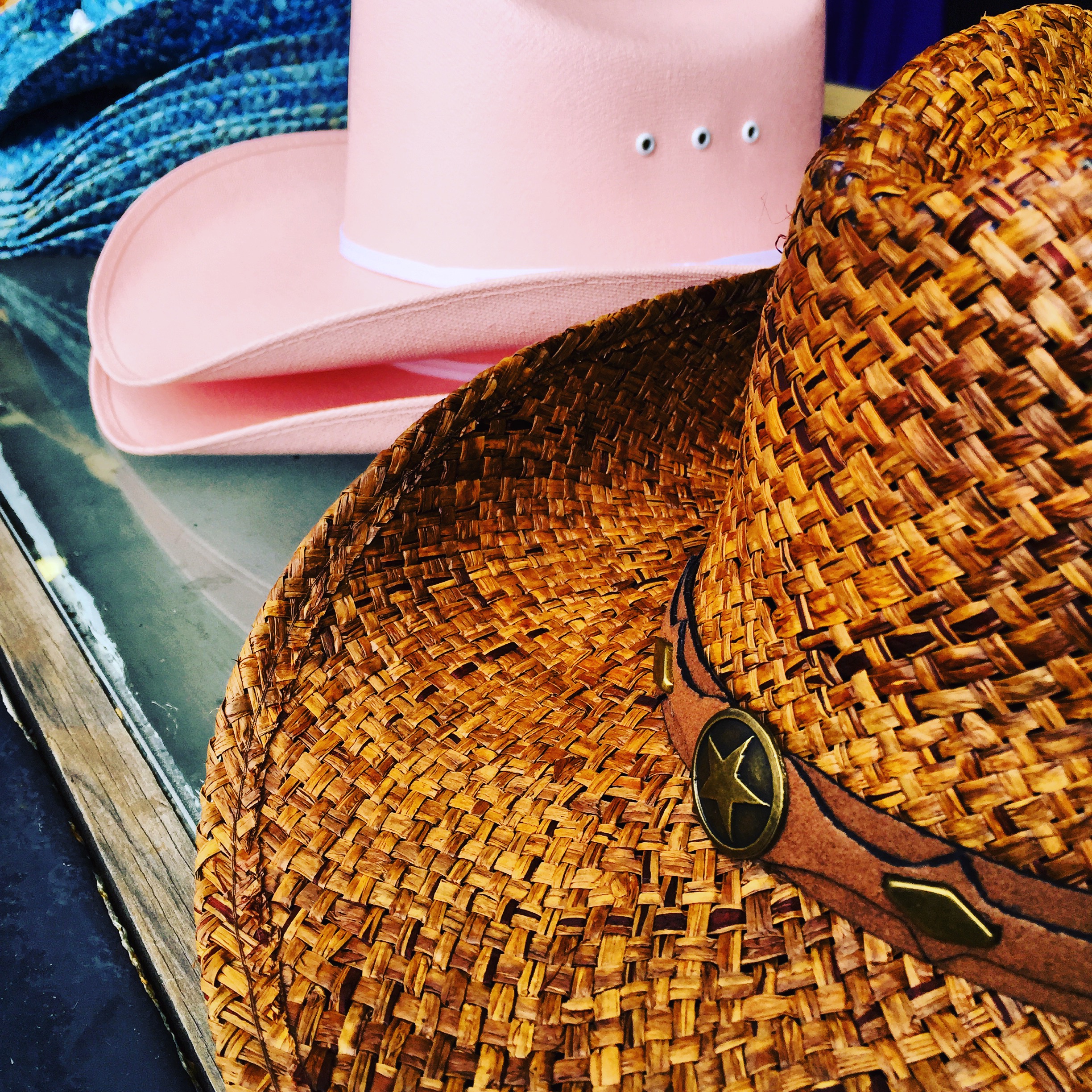 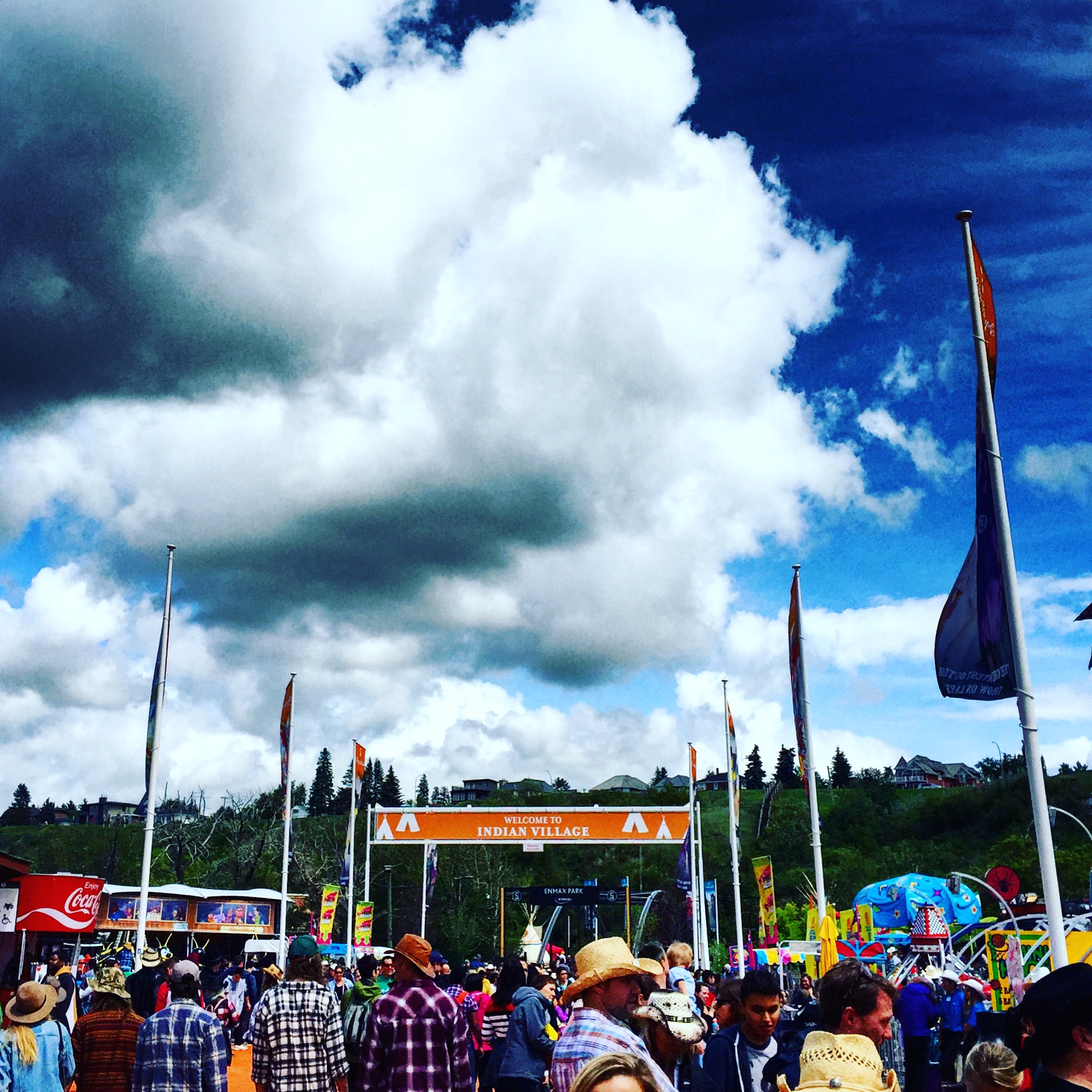 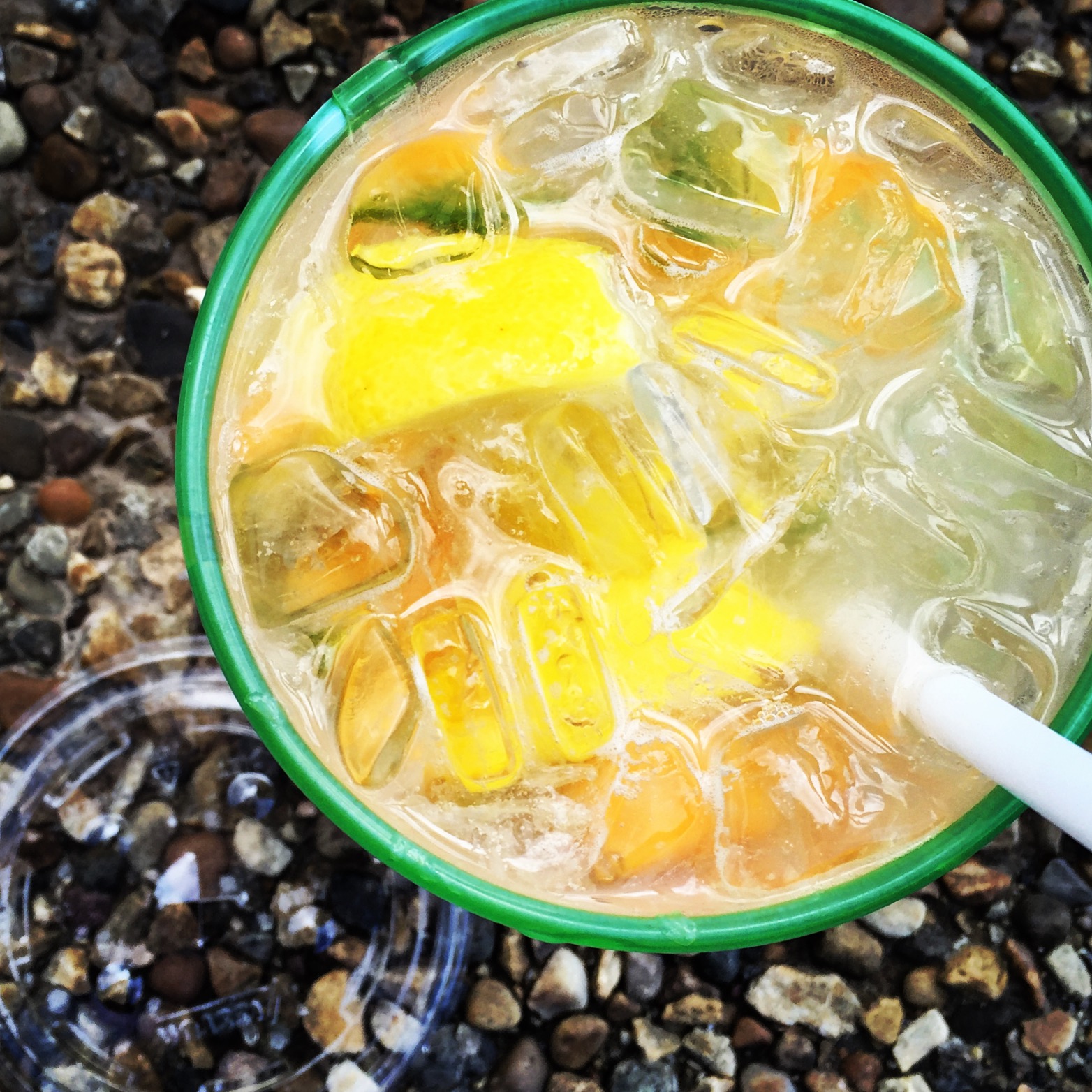 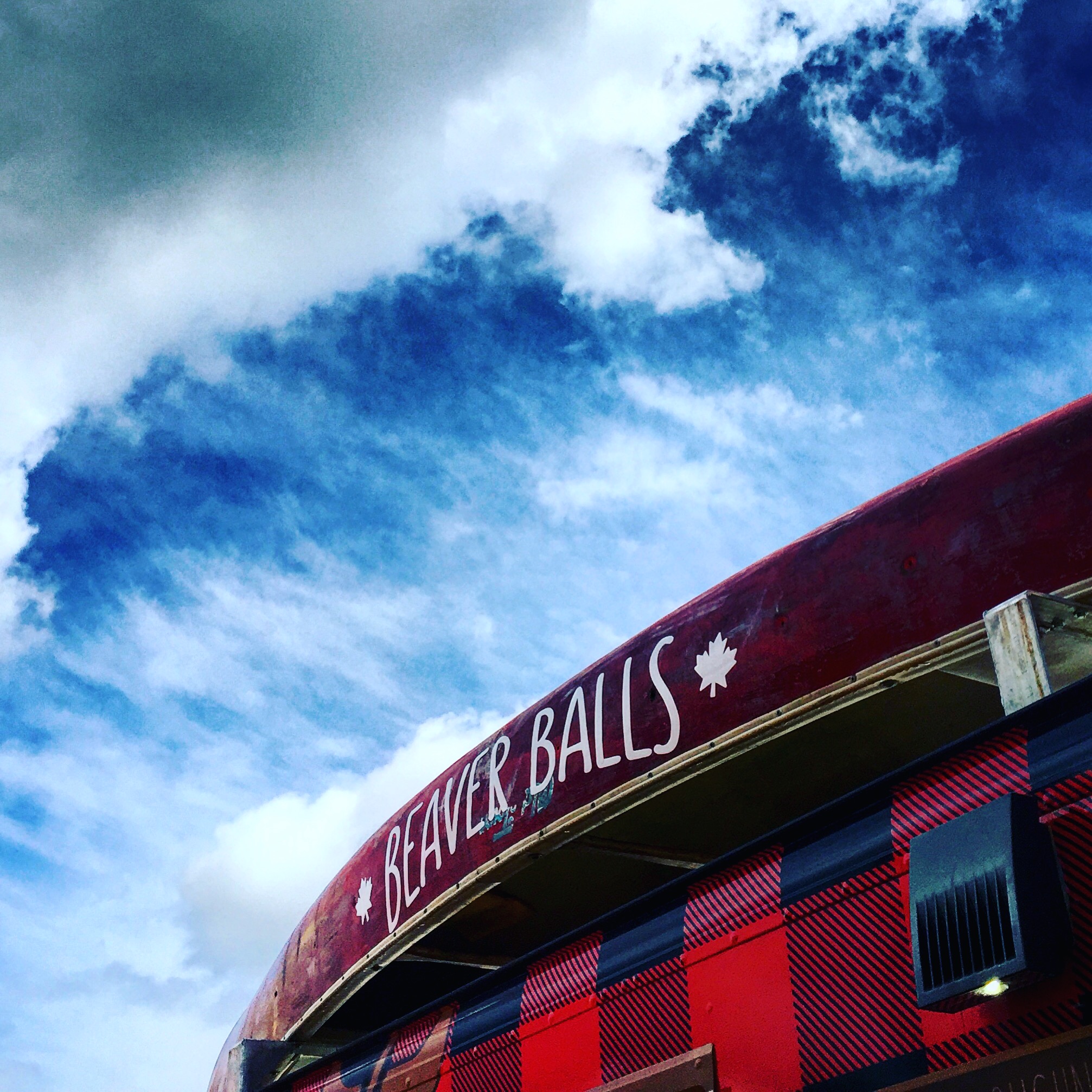 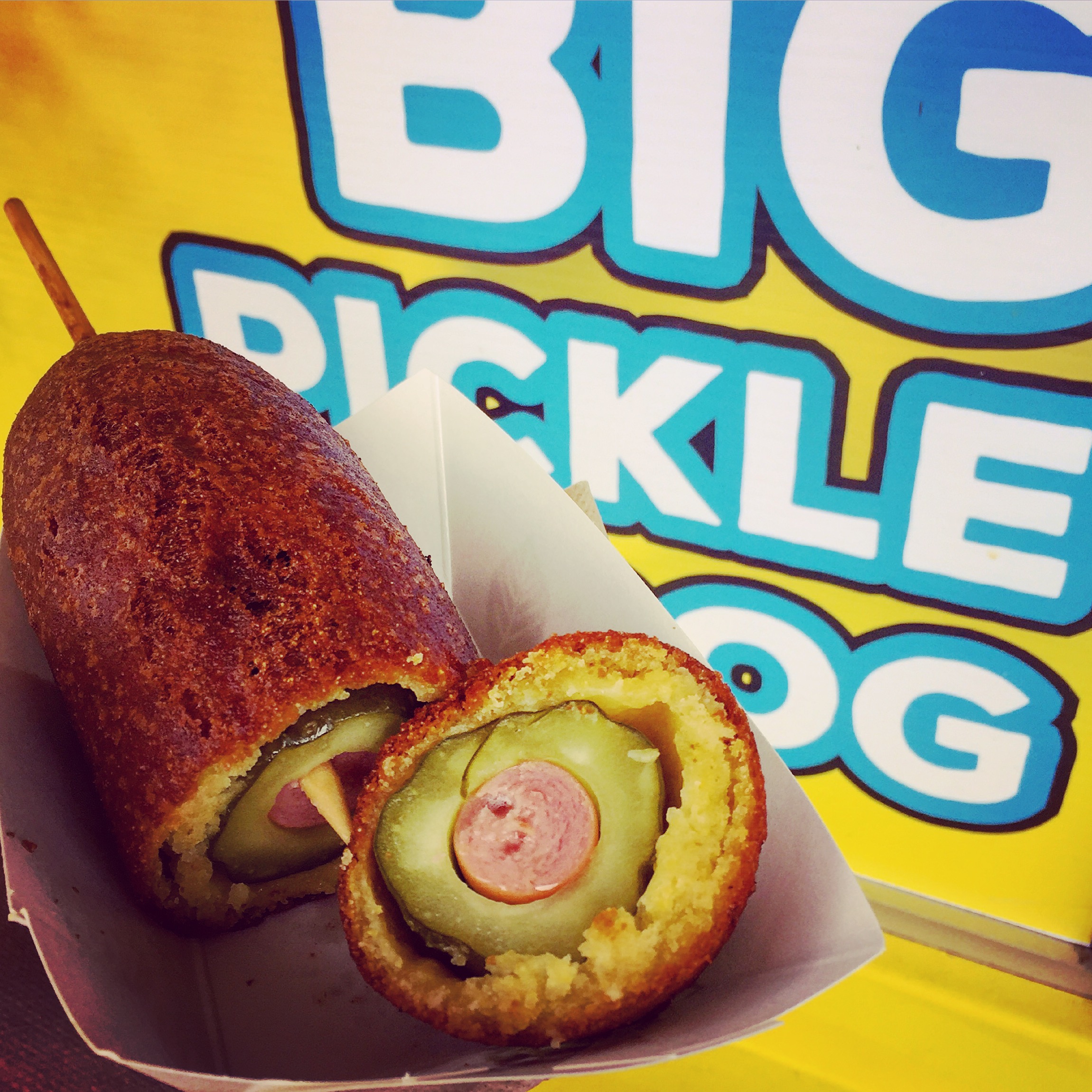 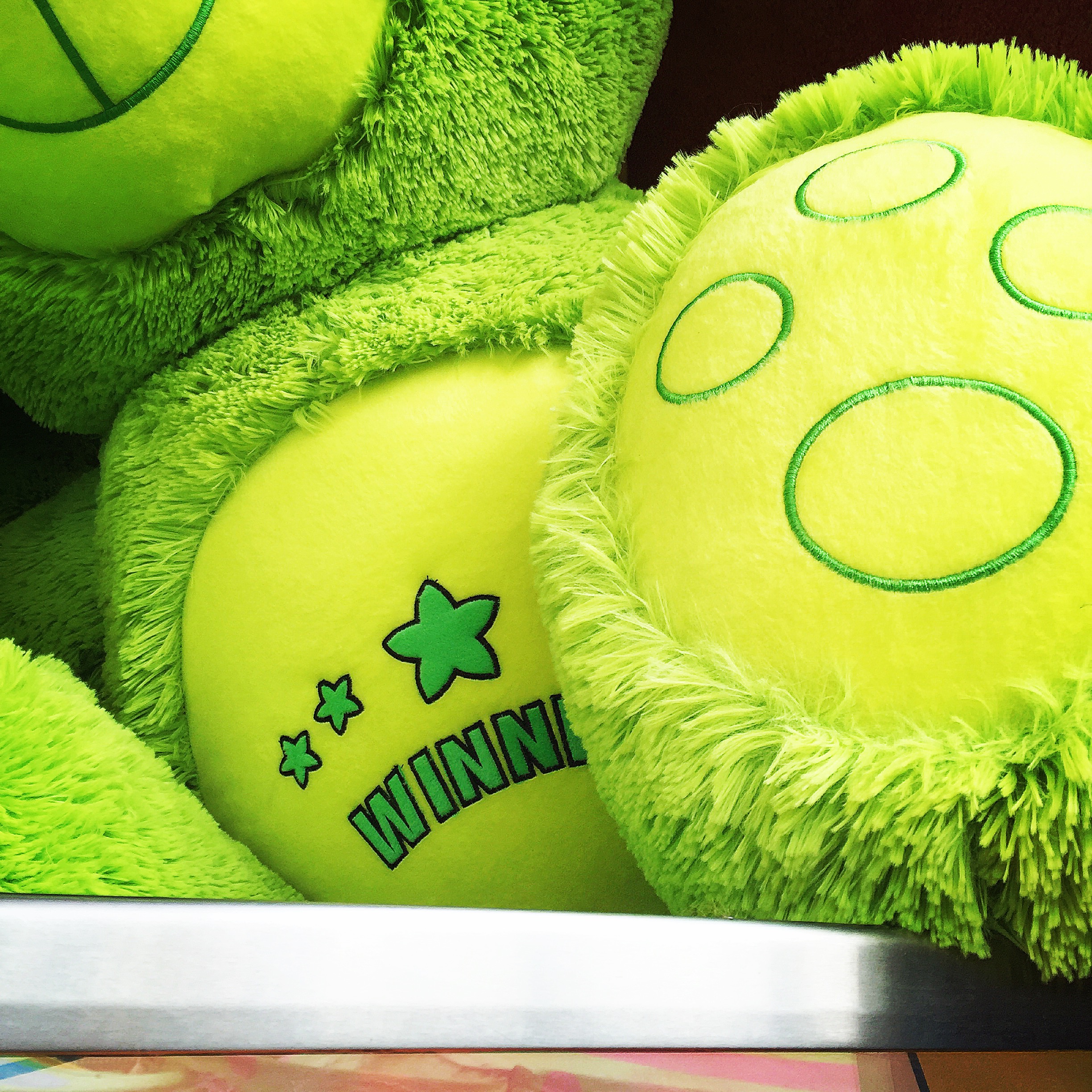