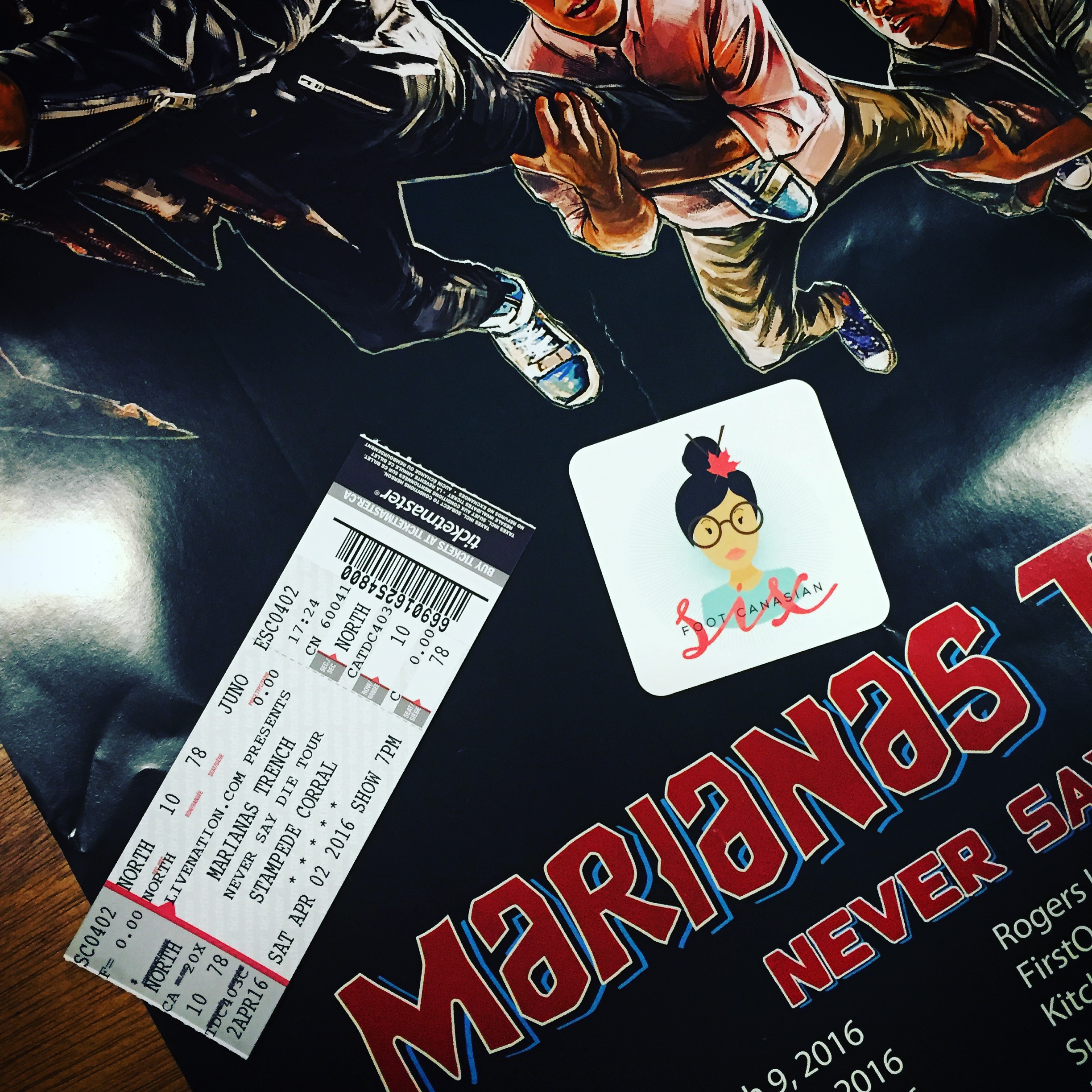 The last nine months have been an unbelievable journey, sparked by one clear thought ... the JUNO Awards are coming to Calgary and I want to be a part of it! Like most of you, music has always been a part of my life. Music can't be seen or touched but it moves the soul, energizes the spirit, and inspires us. Regardless of where we come from or what language we speak, it connects us beyond words and brings nations together. It is transformational. It wasn't until I left Canada to live abroad that I began to appreciate Canadian music and the long list of talented artists that represent us.

A year after moving back to Calgary I eagerly put a downpayment down on a VERVE Condominium (by FRAM + Slokker) in the East Village, a community actively looking for their very first "East Village Resident Ambassador". With an incredible prize on the line (six months residence in a condo in EVOLUTION, then six months residence in FIRST, access to the JUNO Awards and a wide variety of events in the East Village) I simply put my head down and worked 24/7 for two weeks to make my submission count. Unfortunately, despite a valiant effort, it was not a fate that was meant for me.

Fast forward nine months to Saturday, March 26th when I get a call from Sandra Peters, Sales Manager from the FRAM + Slokker Verve Condominium Sales Centre. FRAM + Slokker had two JUNOfest wristbands and decided to give them to someone who had already purchased a Verve property ... and that person was ME!

JUNOfest 2016, presented by CBCMusic.ca, featured over 100 bands and artists, at 15 different locations, over two evenings (Friday, April 1st and Saturday, April 2nd). The JUNOfest wristband (provided to me by FRAM +Slokker) granted priority access to ALL JUNOfest venues over both nights (subject to venue capacity). A number of associated JUNOfest shows permitted a limited number of JUNOfest wristbands access and entry was provided on a "first come, first served" basis. In addition, I could catch a ride on the "Ride the Music Mile" bus (operated by Bass Bus) for FREE!

With limited access available to JUNOfest wristband holders at the premier events (only 25 or 30 tickets set aside) I had to plan my evenings carefully. Either I chose the smaller events that would guarantee me entry or the BIG TICKET concerts with only a handful of seats. Well ... I took my chances and set my sights on Dzeko & Torres at the Marquee Market & Stage on Friday night and Marianas Trench (with special guests Walk Off the Earth and Kieran Mercer) at Stampede Corral Arena on Saturday.

Being that I lived the life of a fitness instructor and personal trainer for many years, music was the rocket fuel that got me through my day ... like an extra shot of espresso for those chained to a desk who experience the mid-afternoon "wall". Electronic Dance (EDM), Drum and Bass (DnB) and Progressive House have always been staples in my iTunes library and are "go to's" when I need something to get me through those last reps or home stretch of my weekend run! My "Pumped Up" playlist includes Tiësto, Deadmau5, Martin Garrix, Fred V & Grafix and Dzeko & Torres. When I saw them on the JUNOfest schedule they were the first item to go into my calendar. My major concern was that there were only 25 spots available for JUNOfest wristband holders. The tickets were reasonable at the door so I wasn't too worried. Besides ... if it wasn't for the JUNOfest wristbands I would have paid for the tickets anyways! I was ready soak up some Dzeko & Torres and excited to just get lost in the music!

By the time 5 o'clock rolled around, it felt as though the whole city put the work week aside and was ready to celebrate the upcoming JUNO Awards. I headed to the Marquee Market & Stage and got in without a problem (most likely because I showed up early to catch the opening acts). Sunseekerz and Sphen totally got the house primed for Dzeko & Torres, as the entire place was transformed the moment they took the stage! Aside from the music and transitions being flawless, you can see the way these two artists work seamlessly together ... like a DJ symphony! So great to hear them bring "Can't Forget", "Anywhere for You", and "L'Amour Toujours" to woo the crowd. Immersing myself in the music of my "past, present and future" was the perfect way to kick off the JUNOfest weekend!

Marianas Trench, Walk Off the Earth and Kieran Mercer at Stampede Corral

During JUNOfest there was only one event being held at the Stampede Corral in Stampede Park (with a seating capacity of 6,500 people) ... Marianas Trench and Walk Off the Earth (both JUNO Award Nominees). This event, presented by Live Nation, was the weekend's hottest ticket and I was really worried I wouldn't get in. With only 30 tickets set aside for JUNOfest wristband holders I was fully prepared to refund my Stampede parking ticket and head down to Flames Central for their artist showcase as a backup (performers included Sc Mira, Kieran Mercer, The Noble Thiefs, and The Dudes). The music "gods" must have been there with me because I ended up with a ticket inside and the most RIDICULOUS seats to the show!

With seats directly beside the stage (to the right) and stage extension/platform directly in front of me ... I literally had the best seats in the house. Others may disagree but I personally enjoy seeing what happens "behind the scenes" and appreciating the support players in any production. I have only been to a handful of concerts in my lifetime and this one, in particular, is one I will truly NEVER forget!

Opening acts are typically lesser known bands that either disappoint or really get a crowd going. Kieran Mercer, who was unknown to me prior to the night, was the perfect complement to the likes of Marianas Trench and Walk Off the Earth. In fact, I downloaded "Bang Bang" and "Help Me Help You" right there at the Stampede Corral! He has a unique sound, resounding lyrics and a personality that shines on stage. If the schedule had been set up differently, I would have made my way to Flames Central later in the evening to see more. I guess I'll just have to catch him the next time he wanders through Calgary!

Walk Off the Earth, winner of the 2016 JUNO Award for Group of the Year, was one of my favourite parts of the entire evening! From the epic entrance and booming sounds to the incredible harmonies and showmanship of the entire group ... they had me mesmerized from the very first chord. Aside from their hits "Rule the World", "Home We'll Go", "Hold On", and "Red Hands" they did an amazing mashup of Adele's "Hello", Gotye's "Somebody That I Used to Know", Cindy Lauper's "True Colors", and Lorde's "Royals". I couldn't believe how quickly their set went by and I was wanting at least one encore ... but was more than ready for Marianas Trench!

The minute I first heard "Astoria", Marianas Trench's new album, I had fallen in love with the band again! It takes me back to my roots as a child of the 80's and my love for classic rock. Josh Ramsay is an incredible artist with the flair for the fantastic, yet a realness that is not often seen in the "business". The show, although extravagant, is a real and raw representation of the man behind the Canadian music. The band genuinely plays for the crowd and gives everything they've got for the audience. Although the entire show was incredible ("Fallout", "All to Myself", "Desperate Measures", "Cross My Heart", and "Celebrity Status"), the acoustic version of "Beside You" and the high-flying antics during "Stutter" were truly unforgettable!

Thank You FRAM + Slokker and the East Village Experience Centre!

I may not have won the East Village Resident Ambassador contest back in July of 2015 ... but this experience at JUNOfest makes me feel as though I did! Thank you to the East Village Experience Centre for drawing me into the East Village, Sandra Peters from the Verve Condominium Sales Centre for making the decision to buy a "NO BRAINER", and to FRAM + Slokker for providing me tickets to this "once in a lifetime" weekend in Calgary.

I did manage to get some photos and videos from the weekend and you can check them out on our social media using the icons at the top of the page.

(This post was originally published on www.sixfootcanasian.com on April 8, 2016)