My Journey from Pandas to Purple - An Unlikely Coach's Tale 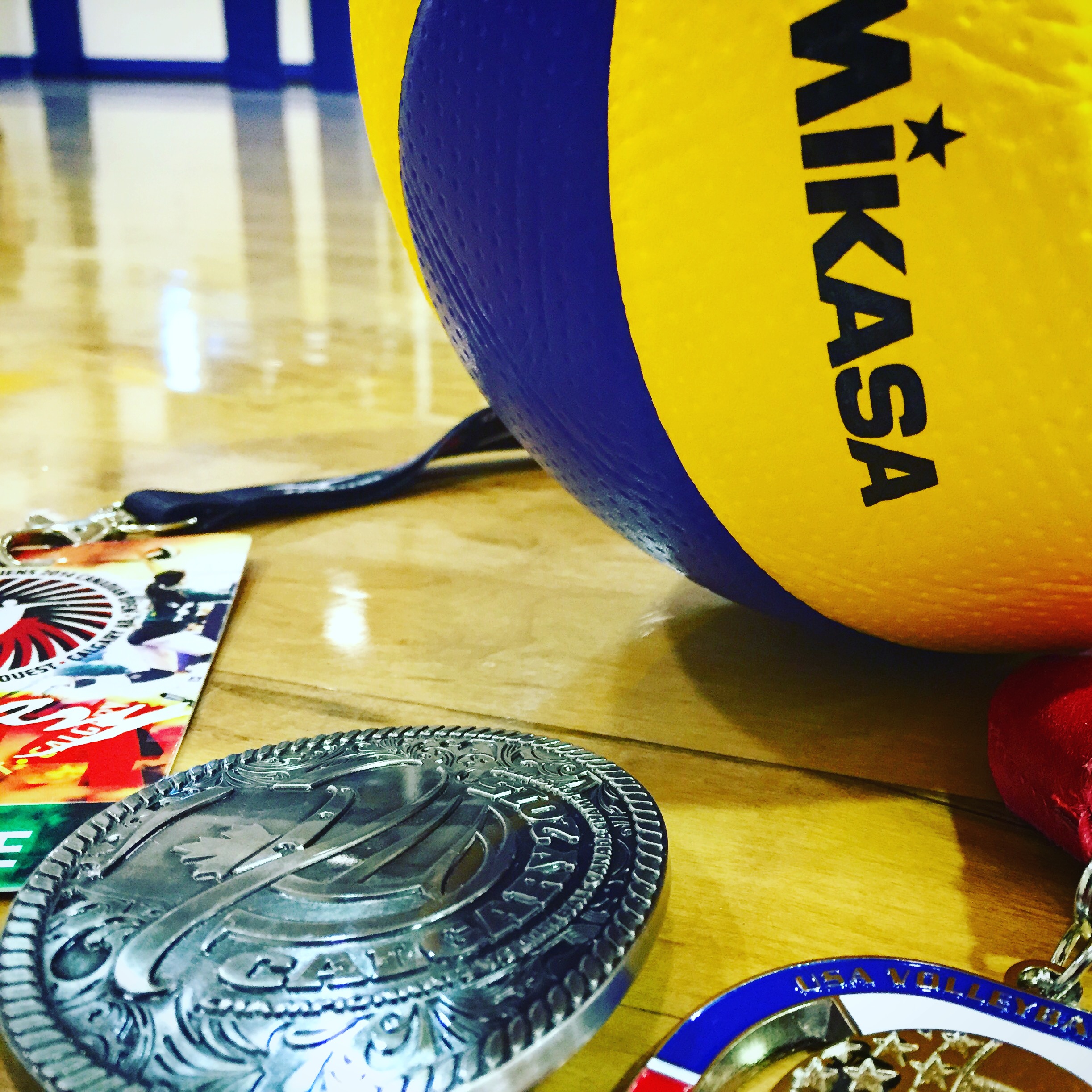 I am an athlete. I've spent the majority of my life playing sports, training my body to "move faster, jump higher or be stronger", competing for the cherished title, and spending countless hours at the mercy of physiotherapists, chiropractors, acupuncturists or massage therapists in an effort to recover quickly ... so I could do it all over again. I AM AN ATHLETE.

Of the various teams I've been involved with over the years ... that has always been my role. I showed up every day for practice, worked hard to improve my skills and contributed as much as I could to the team. So ... when Carsten Stanjeck, one of my University coaches and founder of H.I.T.T. Volleyball, asked me to help him coach a club volleyball team (which I had never done before) ... I WAS TERRIFIED!

With over two decades of experience playing the game, I came to the realization that I knew nothing about volleyball from a coach's perspective! My volleyball I.Q. was limited as I knew very little about game strategy, what to look for in an athlete, the requirements for each specific position or the obscure rules of the game. I just knew how to play my position on the court, work super hard, and execute game plan. I know what it's like to be an athlete ... NOT A COACH.

I then remembered a quote from James Baldwin:

Growing Up a Panda

Although I had played volleyball prior to attending the University of Alberta (i.e., Grande Prairie Regional College), my four years with the Pandas made me a bonafide volleyball athlete. During that time, thousands of hours were spent in the U of A Main (and Education) Gym, working out in the varsity weight room (or "dungeon"), tending to chronic injuries in the Glen Sather Sports Medicine Clinic, or reviewing video and game plan to mentally prepare for our next critical match. The women on that team were more of a family than anything I had ever known. We worked hard WITH each other and FOR each other ... but none of that would have been possible without our coaching staff. Laurie Eisler, the matriarch of the University of Alberta Pandas Volleyball team, the assistant coaches and athletic trainers were all so much a part of who we were as a team and who we became as women.

Since then I've looked back and attributed many of my successes in life to the lessons I learned (on and off the court) from the coaches who believed in me. Because of them I was armed with the tools to face challenges without fear, fight for what I strongly believe in (especially when I had to do it alone), and overcome adversity to become a stronger human being and better version of myself.

Once I overcame the initial fear, I realized I had an opportunity to give back to the game that made me who I am today. I could share my knowledge and experiences as a volleyball player with a group of young volleyball athletes who aspired to play at a post secondary level, learn about the game from an entirely different perspective, and get involved in the volleyball community here in Calgary.

When I started with the 403 Selects U16 Volleyball team I had NO IDEA what to expect. I had a lot of things working against me from the start:

Regardless, I went in with an open mind and hoped for the best ... and THE BEST was exactly what I got!

I couldn't have asked for a more amazing introduction to coaching! The 403 Selects Volleyball Club, founded in 2008 by Shauna Denney, provided an incredible atmosphere and community of coaches, parents and athletes extremely proud to wear their purple! I was welcomed with open arms and soon eased into my role as I became a permanent fixture at Rally Pointe tossing, serving, hitting and shagging balls and doing what I could to make each athlete better ... as they find their own passion for the game.

Since then I have gotten to know some of the most amazing young women and watched them grow into their confidence as elite athletes. I have seen them make mistakes, learn, challenge themselves, challenge their teammates, take risks, be selfless, celebrate true joy and accept crushing defeat. I've had the opportunity to be a part of these experiences, provide guidance and support, and celebrate their accomplishments from the sideline ... knowing my involvement made a difference. But, more importantly, these young women have made a difference in my life and I am proud to have been a part of their journey as athletes.

** In addition, I've learned to appreciate the colour purple and increasingly more of it is magically appearing in my closet. **

When I picked up my first volleyball (25 years ago) I had no idea that such an amazing community of inspiring people existed in support of this sport. I am honoured to be associated with a calibre of people that makes me proud to play the game. Many of those I have played volleyball for or with are still my good friends to this day ... and every day I meet more incredible human beings on (or around) a volleyball court.

When I think about the young athletes I get to coach at 403 Selects, my hope for them is that they build the lifelong friendships and connections through volleyball that I have. Our volleyball community is special and has brought exceptional people into my life from around the world. I may not have chosen coaching but it has certainly chosen me ... and for this I am TRULY THANKFUL!

(This post was originally published on www.sixfootcanasian.com on November 15, 2015)