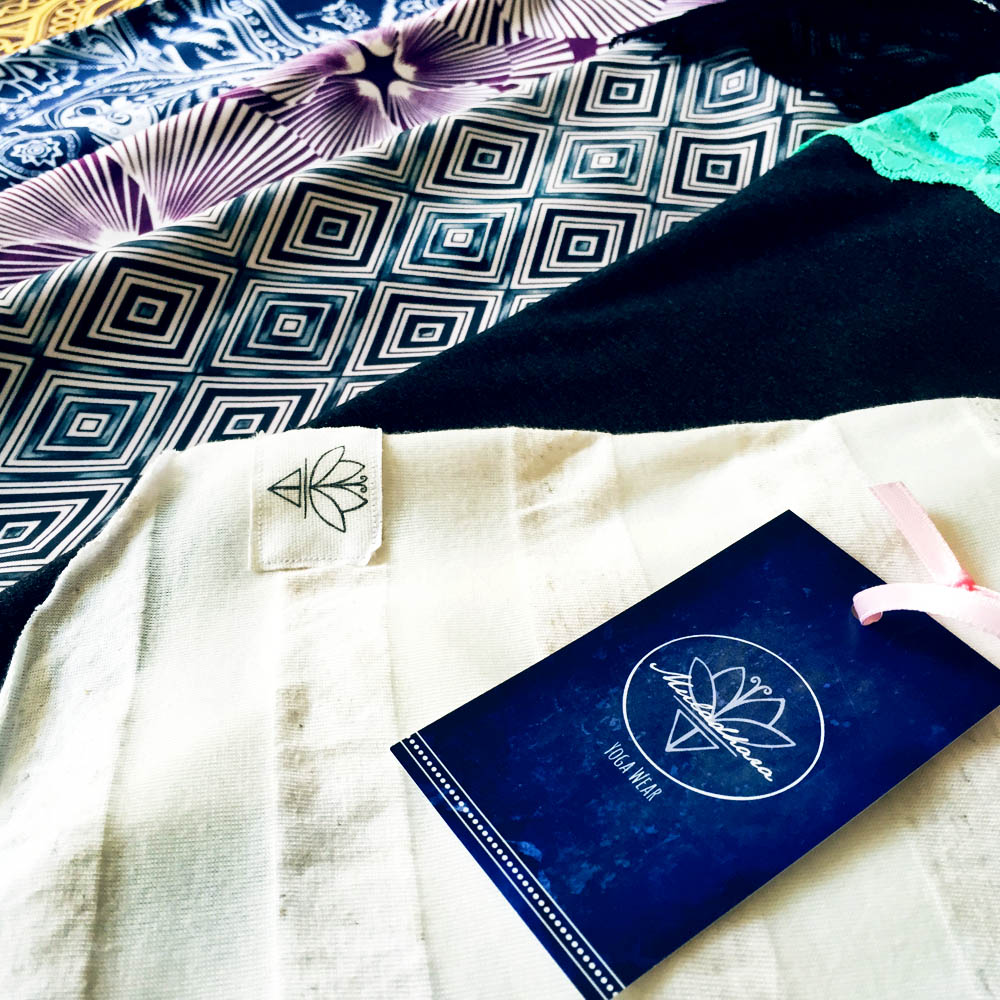 When I first moved back to Calgary there were three things that I needed to find RIGHT AWAY ... an apartment, a vehicle and a place to practice hot yoga. Moksha Yoga Calgary was the first thing I checked off that list!

Being a fitness nerd, with a love of mind-body exercise (case in point ... I am certified CorePower yoga, STOTT Pilates, TRX Suspension Trainer, TRX Rip Trainer, Bodyblade, Power Plate, and the list goes on and on) it was essential that I get settled and find my new yoga studio as my "second" home. Yoga is the one thing that helps me manage the craziness that comes with my Six Foot Canasian life and keeps me balanced.

Little did I know that that little studio on Macleod Trail South would also introduce me to something that would become my next fashion obsession!

Now, I can also openly admit to being a fitness gear "snob". For those of you who know me well I am a proud Lululemon Ambassador and have lived and breathed it since I got my first jacket in 2005 (which is still in immaculate condition to this day). Well, that all changed when I stepped into Amanda Klimchuk's Moksha class and I caught my first glimpse at Muladhara Yoga Wear.

Not only is Amanda a Moksha certified instructor, she is also the brainchild and worker bee behind Muladhara Yoga Wear. Being that she is over six feet tall and "all legs" I can understand the challenge of trying to find yoga gear that would fit ... let alone be comfortable or (the all important) "fashionable". For many years as a fitness professional, before Lululemon saved my (literal) butt, I had a hard time finding leggings that were long enough and was forced to cycle through a drawer filled with black or grey tights. B-O-R-I-N-G!!

When I opened my eyes from Savasana at the start of Amanda's class I couldn't help but stare at leggings she was wearing!! They were a bold navy blue paisley print with a thick band of white lace across the top ... so different ... so feminine ... and so AWESOME!! To entire 75 minutes of class I was counting down the minutes until I could corner her at the front desk and ask her where she bought them (so NOT zen ... but worth it).

To my surprise I learned she makes her own leggings and sells them at local vendor events. Well, just one week later her clothing was on a rack at the yoga studio and that was the beginning of my obsession with Muladhara Yoga Wear. Five pairs of pants and a couple tank tops later (even before I get my next order) I am loving my purchases!

Muladhara in the Yoga Studio

Although I was first hooked by the amazing fabrics and colourful designs (which has never been something I was comfortable with) the quality of the fabrics are incredible! The thing about leggings is that it shouldn't even feel like you are wearing them ... they should be an extension of you. The worst thing that happens in a hot yoga class, because of all of the heat and humidity is that sweat tends to collect in clothes and they get "in the way". With Muladhara Yoga Wear, especially her new summer collection, the fabrics hug the body and wick away sweat throughout the entire 75 minute class! Since then, I have featured Muladhara Yoga Wear in over 70 yoga instructional videos and online workouts (because they are so awesome)!

Muladhara in the East Village

On a recent trip into the East Village I participated in Stef Rizvi's yoga class at the EV Experience Centre wearing my Muladhara fuchsia cropped leggings, which ended up being the topic of conversation with four different people in the span of a few hours! People wanted to know where I bought them, how they fit, if I liked them, and what other colours they came in. I also had someone ask to feel them in the lineup at Phil & Sebastian!

Two days later, wearing my slate grey and teal lace leggings, I came across two people on the RiverWalk sporting their Muladhara leggings and tank top that they bought at the recent Wanderlust festival in Calgary!

I am not quite sure if she is going to be there but I am hoping to see Muladhara Yoga Wear at this year's Rock the Walk V, along the East Village RiverWalk Plaza. That way you all can see what I mean when I say her designs and fabrics are amazing and wonderful to wear! If not (because vendor space may be closed to new vendors) you can check out her new website at www.muladharayogawear.com.

NOTE: To date I have taken more pictures that I could even have imagined in just three weeks … and you can check out the images on social media using the icons at the top of the page.

(This post was originally published on www.sixfootcanasian.com on July 12, 2015)