Stampede Brings the World to the East Village 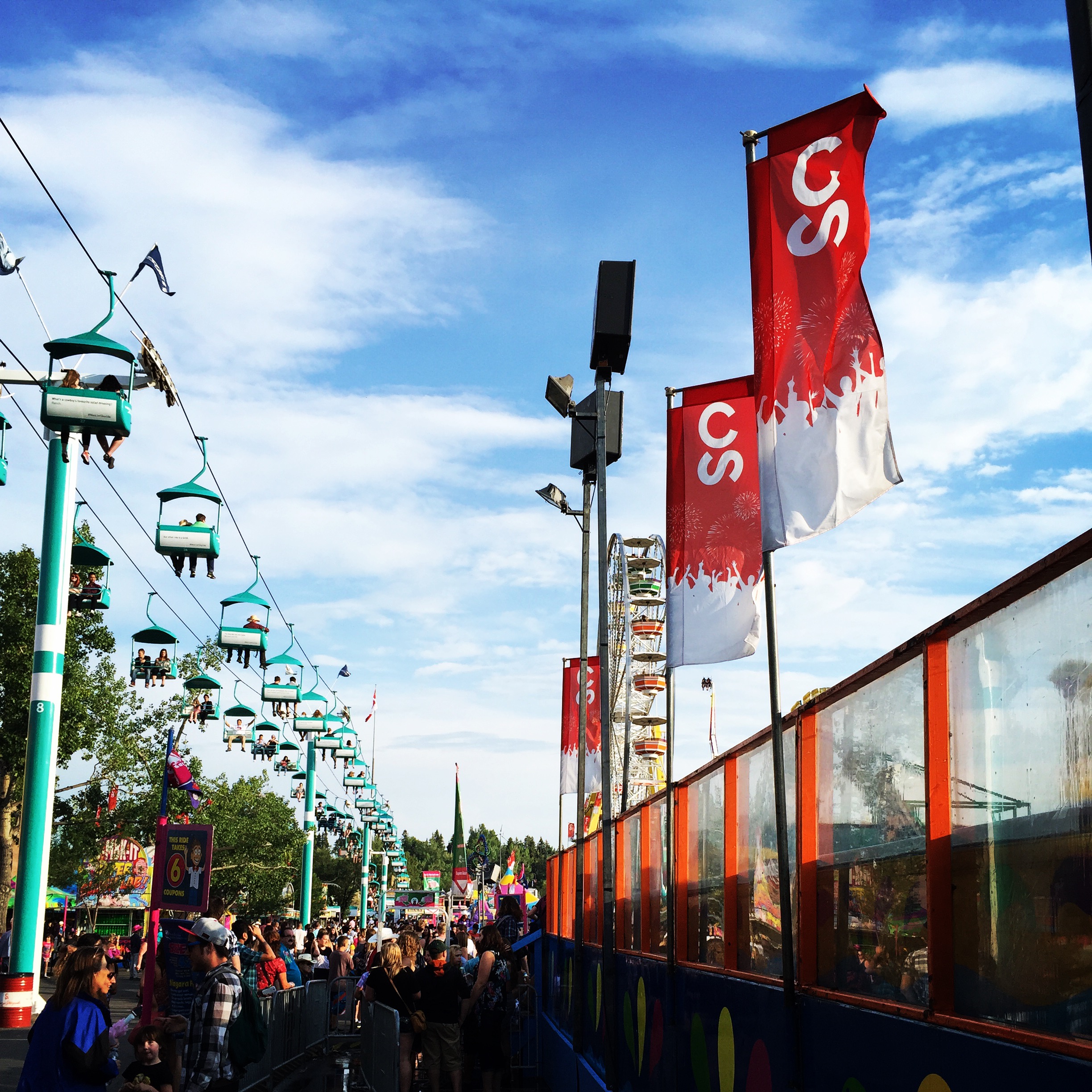 I can admit ... the Calgary Stampede is an unlikely place for a six foot tall CanAsian. I've lived in Alberta for a total of ten years (four of them in Calgary) and I feel as though I'm in my own version of "Where's Waldo?" when I visit ANYTHING country. There aren't many Asians intentionally wandering around Lammle's looking for a belt buckle or cowboy hat (let alone steer wrestling, bullriding or racing a chuckwagon) and I am typically one of very few at the bar singing along with Garth Brooks and/or attempting to line dance or two-step on the dance floor.

Regardless, the Calgary Stampede is one of the many wonderful things that I enjoy about being back in Alberta ... and is a HUGE PERK about moving into the East Village! It is a ten day event with a rich heritage of bringing the world to Calgary celebrating western culture and our rich Canadian heritage. In fact, Stampede Park draws millions of people each year and continues to make Calgary a destination location for visitors from around the world.

Although I've been to the Stampede many times before, this year I wandered through with the excitement of someone who would NO LONGER have to plan the trek from the suburbs to Stampede Park!

The Stampede Park is only a ten minute walk (shorter for someone with long six foot Canasian limbs) from the Simmons Building (home to charbar, Phil & Sebastian and Sidewalk Citizen Bakery) in the East Village. My Stampede experience already started off better than in years past because I didn't have to deal with the hassles of a long commute or the pain of finding (and paying for) parking. This year I was completely relaxed as I wandered through the Stampede grounds, taking in the sights, sounds, tastes and smells!

Stuff for the Kids

Calgary Stampede is certainly a family affair, and includes ten days in July that many kids can't wait to experience! It's like our own version of "Disneyland" ... with games, rides, animals and shows! Every year the Stampede grounds are invaded by strollers and participants under the height restriction sign for most rides, stuffed animals of every colour are around every corner and you can hear the sound of children laughing EVERYWHERE you go. Thinking back I wish I could have experienced the Calgary Stampede when I was younger because I'm confident the rides in The Great FUNtier (i.e., Fun House, Merry-Go-Round and a ride down the Euroslide) would be so much more exciting if I was half my size!

The Agrium Ag-tivity in the City and the Barn Tours offer a variety of animals for kids (and adults) to learn about and see. From chickens and donkeys to llamas, cows and horses ... there is certainly a lot to experience (and smell)! I would recommend packing a Claritin just in case you have any allergies!

Stuff for the Adults

Being that I chose to wander Stampede Park (and visit another day for the Rodeo and TransAlta Grandstand Show) there was so much to take in and do! Each year I choose at least one of the Marquee rides ... and this year it was the Mach 3. Watching as a spectator does not do the experience justice. They say you drop 37 meters ... but it feels like 500 (and your face feels like it's going to stretch off)! Regardless, it was TOTALLY AWESOME!! I walked like I was drunk for about ten minutes and was ready to venture around the food in no time!

I then stumbled across the "Share a Coke" booth that was where everyone was lined up (a minimum 30 minute wait) to get a customized Coke can to take home from the Stampede. They were also selling personalized t-shirts and SWAG (for those who were willing to pony up a few bucks and who were not wanting to wait 30 minutes in line). I stuck around and made a few friends as we got to watch the marching band and dancers on the steps of the Saddledome while we waited!

Stuff for the Foodie

After waiting in line for my Coke can ... I was starving! Now, you can't help but notice there are food trucks and stands every five feet in Stampede Park. You've got your choice of hotdogs, hamburgers, lemonade, ice cream and mini donuts. The Calgary Stampede is known for culinary delights and "weird and wonderful" tasty treats from around the world. Some of the interesting vendors included frozen yogurt, wood-fired pizza, asian noodle boxes, fish tacos from around the world, and indian-inspired wraps. This year the big buzz was around "peanut butter and jelly" ... so I ventured to try the PB & J Funnel Cake from Pennsylvania Dutch Funnel Cakes to see what this was all about. All I can say is, "WHOA!". Hot, chewy, sweet and comforting ... all on one messy plate! In a diabetic haze I managed to score some fresh squeezed lemonade which was the perfect way to wash that down!

The scary part of this whole adventure is that I BARELY scratched the surface on what the Calgary Stampede has to offer! Thank goodness I've still got a few days left to soak up as much as I can ... enjoy some great music and entertainment, watch the testosterone-y (and completely impressive) Rodeo events in the Grandstand and try my luck at the slots at the Cowboys Casino!

The energy and excitement of the Calgary Stampede followed me as I walked back to the East Village. The Simmons Building was hopping as charbar and Phil & Sebastian were hosting guests walking in with cowboy hats, jeans, boots and big belt buckles. The rooftop was buzzing and there wasn't a single empty seat in the house. The Calgary Stampede brings a great energy to the East Village that I am confident will just continue to grow as the East Village expands and as a community and builds its own personality!

(This post was originally published on www.sixfootcanasian.com on July 8, 2015)