Taking the Mystery Out of Traditional Chinese Medicine - Coleman Smith 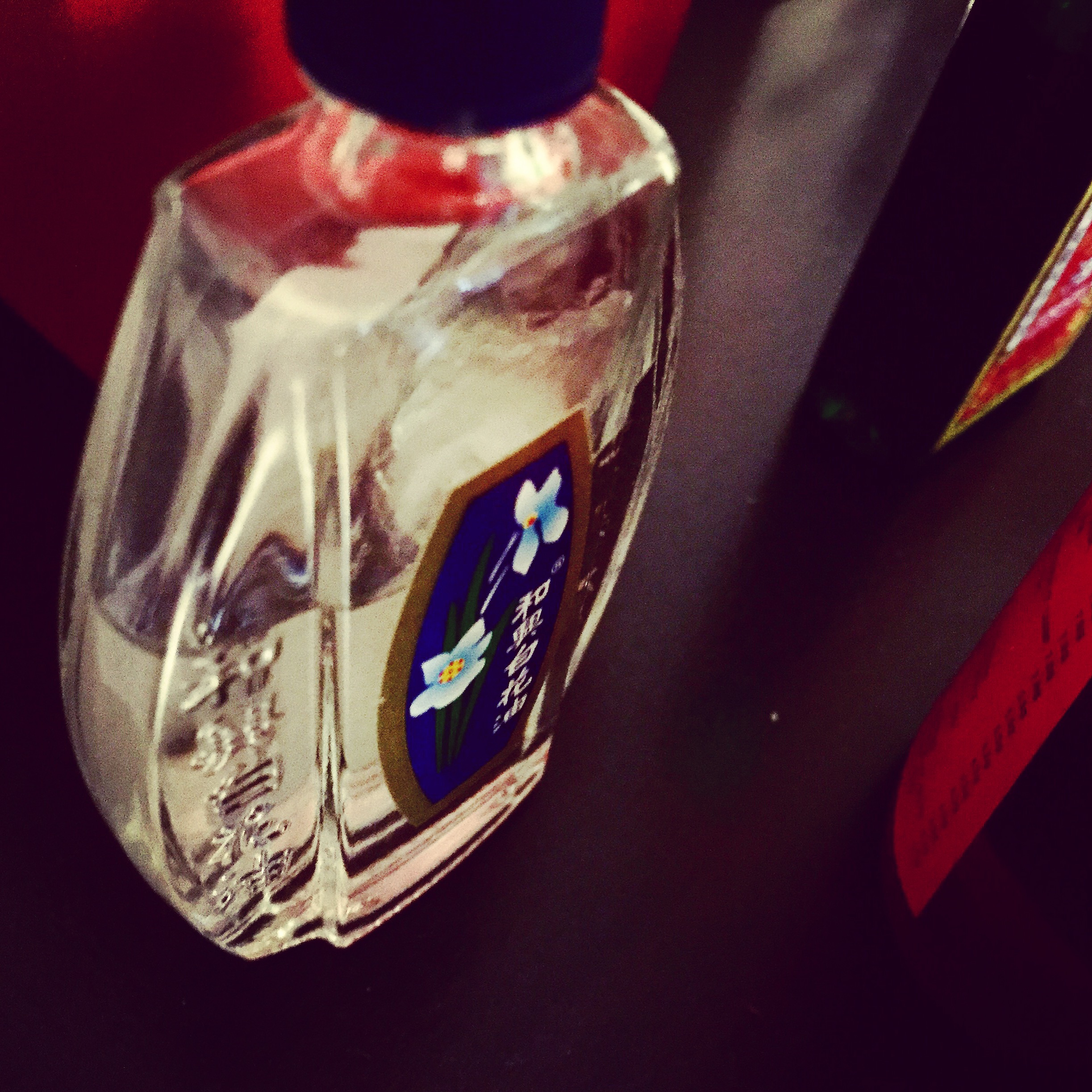 Although I am Chinese, I've spent most of my life turning to Western medicine. As hard as my mother tried to get me to take Chinese herbal remedies when I was younger, I resisted her efforts every step of the way! I wanted the cough syrup that tasted like fruit punch or the pills from the pharmacy that the doctor prescribed. It wasn't until I worked for a pharmaceutical company (in my previous life) that I started questioning the system and was open to looking for alternate options.

Typically, I'm pretty open-minded about things. I try not to have preconceived notions or expectations when it comes to trying something new but I subconsciously had an idea of what I would expect in a Traditional Chinese Medicine practitioner. I envisioned an older Asian man (or woman), who was very academic, with a reserved demeanor and soft-spoken voice. When I met Coleman Smith for the first time ... I was TOTALLY caught off guard!

Don't let the 28 year old face, scruffy beard or athletic build fool you ... Coleman Smith is a fully trained and licensed Acupuncturist, Herbalist and Traditional Chinese Medical Practitioner. Licensed to practice for nearly two years, he has spent the last nine years (literally one third of his life) pursuing a career as a healer and guide. Although he has a profound passion for helping people treat the root cause of whatever illness they face, the long journey was NOT a walk in the park!

Growing up in Grande Prairie, Coleman was your typical "rough and tumble" kid. He got involved in martial arts and sports early on and enjoyed the outdoors, despite having to deal with congenital scoliosis (an abnormal lateral curvature of the spine), migraines, asthma and allergies. As back pain and migraines began hindering his activities he sought out traditional treatment options to help. Unfortunately, physiotherapy and chiropractic adjustments were only temporarily treating the symptoms and were not getting to the root of the problem.

Looking to find a long term solution he researched alternate therapies and quickly became intrigued with Traditional Chinese Medicine. A fairly new form of medicine in North America, this particular form of medicine has been used in Asia for over 5,000 years. He sought out a practitioner and started along a path to recovery ... and his destined career.

At the age of 19, Coleman began his journey towards becoming a healer through Traditional Chinese Medicine. Not a fan of standardized schooling (i.e., sitting in a classroom for 8 to 10 hours a day) the next six and a half years taught him patience, discipline and determination. After two years of Kinesiology through Red Deer College, he attended the prestigious Academy of Classical Oriental Sciences, where the odds were SERIOUSLY stacked against him! For example:

Although he was far outside his comfort zone he was driven by the reasons he found Traditional Chinese Medicine in the first place:

Beyond his physical schooling he learned more than just theories and techniques ... he learned the need for alternative medicine in today's Western world is on the rise. As the traditional medical system develops "customers versus cures" his goal is to provide more than just quality care. His focus is to also help people better understand Traditional Chinese Medicine and consider it as an alternate therapy for their medical concerns (i.e., weight loss and fatigue, pain and injuries, high blood pressure, high cholesterol, diabetes, headaches and migraines, women's health issues, insomnia, etc.).

Although Coleman has an intriguing story documenting his journey towards becoming a Traditional Chinese Medicine Practitioner and Registered Acupuncturist that is not the reason why I am writing about him. I'm writing about him because, in our first session alone, he surprised me in three very distinct ways:

Although I had been to see my physiotherapist for Intramuscular Stimulation (IMS), which is very different from traditional acupuncture, I was a bit apprehensive. Coleman recommended a treatment to essentially "reset" the energy pathways that run on the back side of the body that directly effect the body's vital organs (i.e., lungs, heart, digestive system, kidney, liver, etc.). The application of the needles was completely painless but, as I lay on the table during the treatment, I felt various sensations in certain areas of my body that indicated something was happening. At no time did I feel anxious or under any stress ... my body was just responding to what Coleman had put in place. Once the needles were removed there was a sense of "release" and an incredible lightness that stayed with me for several hours afterwards. In addition, I had one of the best night's sleep in a very long time. It was REMARKABLE!

This is just my first treatment with Coleman but I am curious to learn more about the various treatments he offers over and above acupuncture (including cupping, herbal medicine, lifestyle coaching and more). In just one session alone I know I am in knowledgeable hands and with a practitioner who has a great appreciation and respect for his clients. If this young Traditional Chinese Medicine Practitioner is providing this level of quality and care, supporting people along their journey towards better health, this early in his career ... I am excited to see what the future has in store for him! Stay tuned as I post updates on my next sessions with Coleman Smith in upcoming posts!

Coleman currently treats patients out of his home, in addition to spending two days a week at the the Southwest Massage and Wellness Centre.

If you’d like to see more images from my recent visit with Coleman Smith you can check out our social media using the icons at the top of the page.

(This post was originally published on www.sixfootcanasian.com on September 14, 2015)